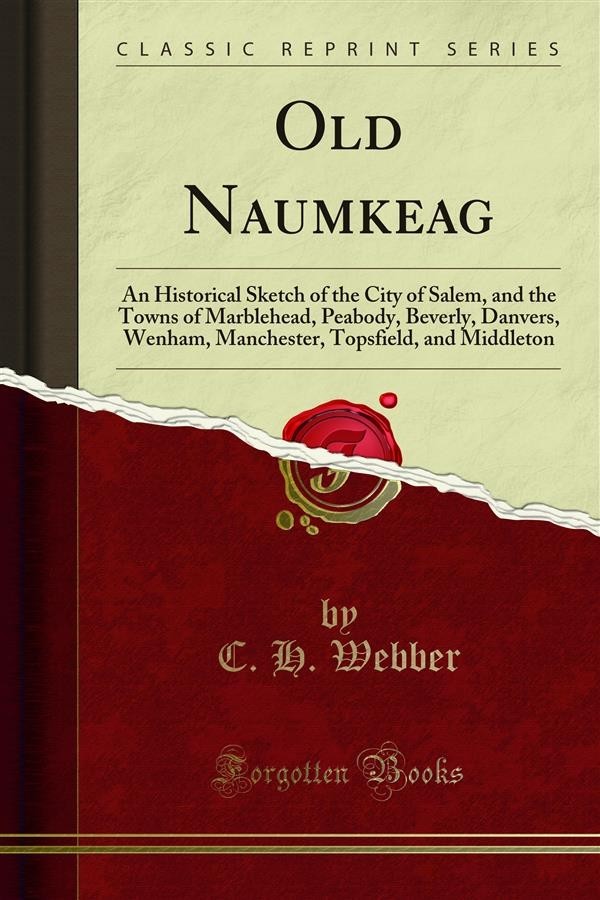 A few years after the settlement at Plymouth a number of persons led by Rev. John Lyford, dis satisfied with the extreme separation of the Colony and Church from the English Church, removed to Nantasket, near the entrance to Boston harbor, where they made a temporary settlement, and the next year (1625) removed again, this time to Cape Ann. Here they attempted to plant a farming, fish ing and trading colony, and being joined by Mr. Lyford, and Roger Conant, the former was made preacher and the latter governor. When Conant arrived at Cape Ann, which must have been some time in the fall of 1625, he found the affairs in an unsatisfactory state. The fishing had turned out unprofitable and there was much insubordination. He was unable to revive the interest, and in the fall of 1626 the settlement broke up, a portion of the people returning to England. Conant, it appears, had sailed up along the shores of the Cape as far as the mouth of the Naumkeag river during the summer of that year, and marked it as one evidently suitable as a receptacle for such as upon the account of religion would be willing to begin a for eign plantation in this part of the world. Conant was a man of vigor and courage, and he succeeded on his return in breathing enough of his own spirit into those of the settlers who had not already re turned, to induce them to follow him to N aumkeag; there to lay the foundation of a colony destined to plant the spirit of Puritanism so deeply and so firmly that amid the changes of two hundred and fifty years it still bears its impress.