Tosca: An Opera in Three Acts 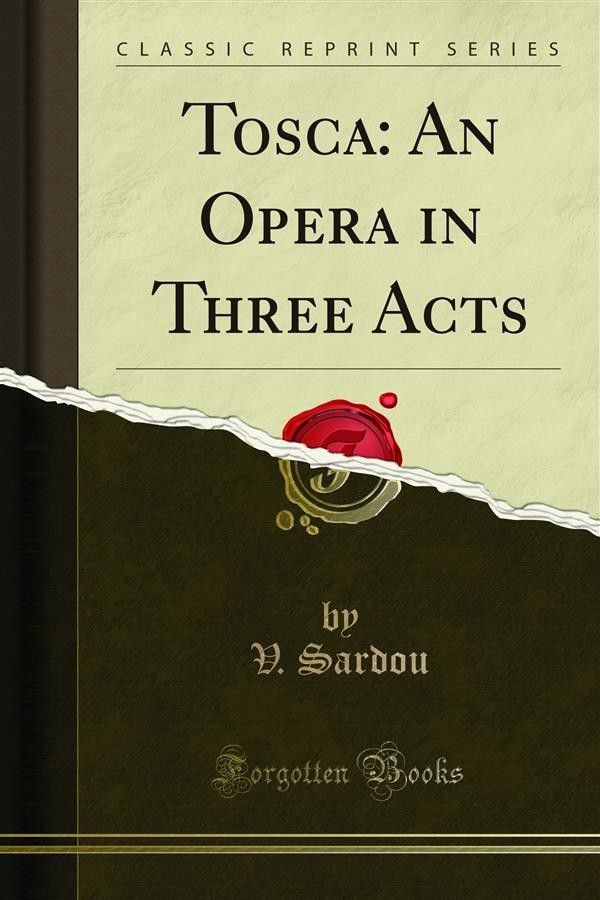 Tosca: An Opera in Three Acts

A man in the garb of a convict is seen stealthily entering the Church of San Andrea in Rome. The Sacristan comes into the Church carrying a basket of food and paint brushes for Mario Cavaradossi, who is painting a picture of Mary Magdalen. The Sacristan remarks that the features remind him of the face of a beautiful woman he has often seen in Church. Mario tells him the features of the lady inspired him for his picture and that be copied the face whilst the lady knelt in prayer. The Sacristan goes out and Mario takes from his pocket a picture of Tosca to compare it with that of his Mary Magdalen. At this moment the convict is seen approaching the Chapel door. The man calls Mario by his name and the latter rrecognizes his friend, Cesare Angelotti, who was imprisoned for political reasons. Angelotti implores him to help him escape. Whilst they earnestly talk together, Tosca's voice is heard calling to Mario. Mario gives Angelotti the food which was left for him and reassures Angelotti that he Will help him. Mean while, Tosca. Not seeing Mario, suspects him of an intrigue. After some delay Mario goes to her and she accuses him. He, however, manages to reassure her, but does not disclose the cause of his delay in answering her call to him. Tosca proposes that they meet that very evening at her Villa. She looks at the picture of Mary Magdalen and sees the resemblance with Donna Attavanti, Angelotti's sister. Mario tells her that he does not know the lady, but that he copied her features, because she looked so beautiful in prayer. Tosca's jealousy is kindled, but again Mario reassures her and they part, until the evening.