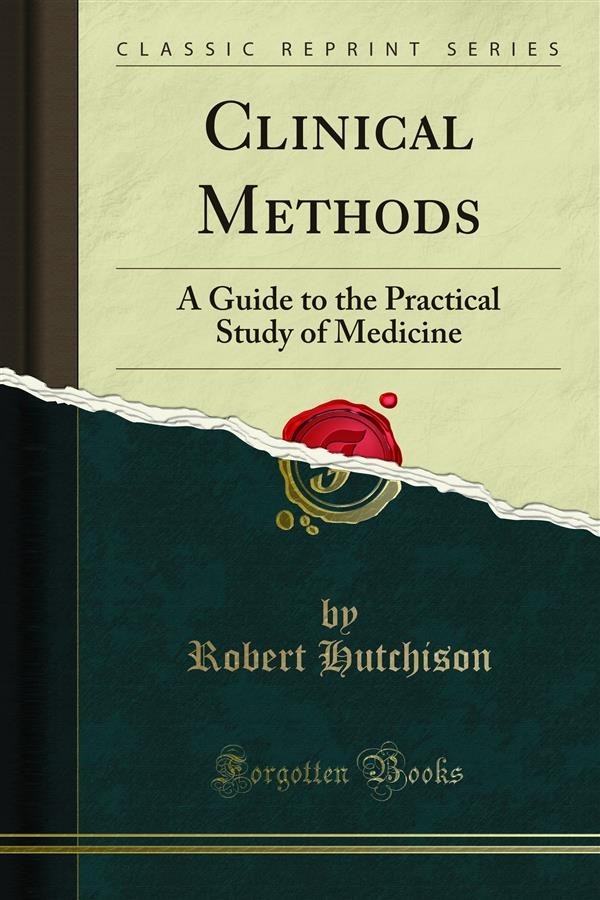 The title Clinical Methods probably describes the scope of this book better than any other. It is not intended as a treatise upon medical diagnosis. On that subject there is already a sufficiency of good works in existence. It aims rather at describing those methods of clinical investigation by the proper application of which a correct diagnosis can alone be arrived at. To every student when he first begins work in a medical ward the question presents itself How shall I investigate this case? To that question the present work is intended to provide an answer. The first chapter deals, therefore, with the methods of case-taking in general, and includes a general scheme for the investigation of medical cases. The rest of the book is really an expansion of that scheme, each system being taken up separately, and the methods of investigating it described in detail. A special chapter has been devoted to the clinical methods of examining children, as these differ in many respects from those employed in the case of adults. Chapters have also been added on the ex amination of Pathological. Fluids and on Clinical Bacteriology, subjects which are daily growing in importance. The methods employed in the investiga tion of surgical, gynaecological, or obstetric cases do not fall within the scope of the work.