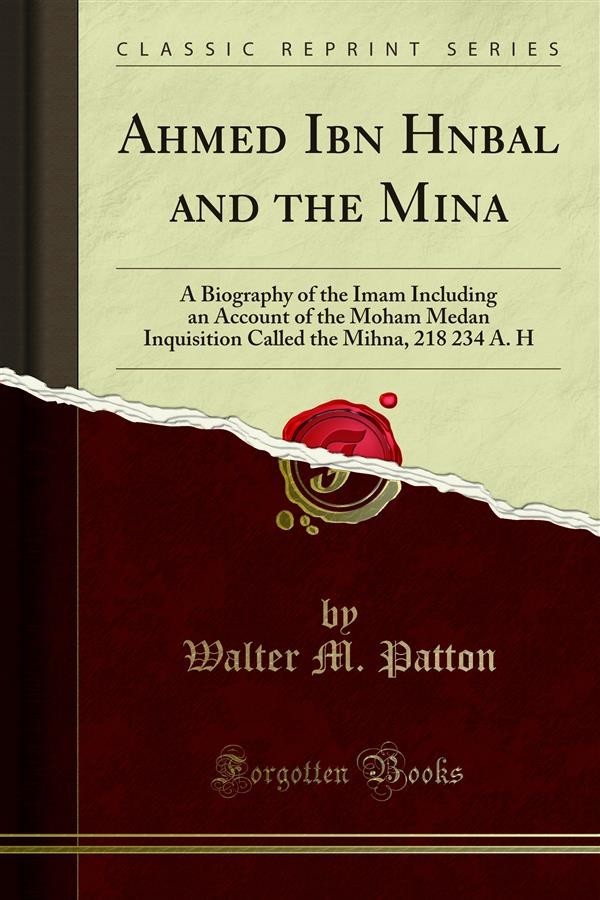 The religious sentiment in the Muslim populace had not much sympathy with the loose views and free living of the liberal teachers. Hence it was that they idolized as they did a man like Ahmed ibn Hanbal. His intense devotion to the things most venerated and cherished by the people: God, the Prophet, the Koran, the Tradition, the Sunna of the Prophet, and the Communion of the Faithful, endeared him to the mass of the common folk. He was, also, a remarkable example of an effort which always excited reverence in the breast of the Muslim, namely, the effort 'to bring himself near to God and thus secure a good reward from him'. Those who are familiar with the stock expressions of Mohammedan piety will understand what this means in the case of a sin cere and earnest religionist. Judging by the record of a host of extravagant visions of blessedness in Paradise which men had of the Imam Ahmed after his departure from the world, one cannot doubt that all good Muslims believed him to have obtained even more than the good reward for which he had hoped. That Ahmed ibn Hanbal has come to be regarded as the founder of the Hanbalite Madhhab, or School, is not to be wondered at, though it is not because of any intention on his part, as far as I can see. He was a great saint and defender of orthodoxy, and it is due to this fact that his pupils andadmirers, after his death, sought to give form to their master's teachings and compacted themselves into a sect or school of theology. I do not believe that Ahmed him self had the idea that such would occur. That a school was formed spontaneously is a testimony to the powerful impression of the man's personality upon his own age and that following. The things which the Muslims reckon to Ahmed's praise are his personal life, his intensely orthodox teaching, and his maintenance of his teaching in the face of persecution. He was learned in only one direction, that is, in the Koran, Tradition, the Consensus of usage and Opinion among the Faithful. These things he knew thoroughly; of worldly learning he does not appear to have had any great store. The kind of knowledge he had, supplementing great courage and firmness and much natural shrewdness, was his effective weapon in the controversial warfare which he had to wage. Ahmed's great book the Musnad is the best monument to that knowledge in which he especially excelled. It exercised such an influence, in itself and in the works derived from it, for the maintenance of Tradition in its worthy place as a basis of theology, that its author's career ought to be known. We will then see the real life which was so steadying in its effect upon Mohammedan re ligious thought, and which was but followed up in its effect by the book which it produced.