A Rosary of Mystery Plays 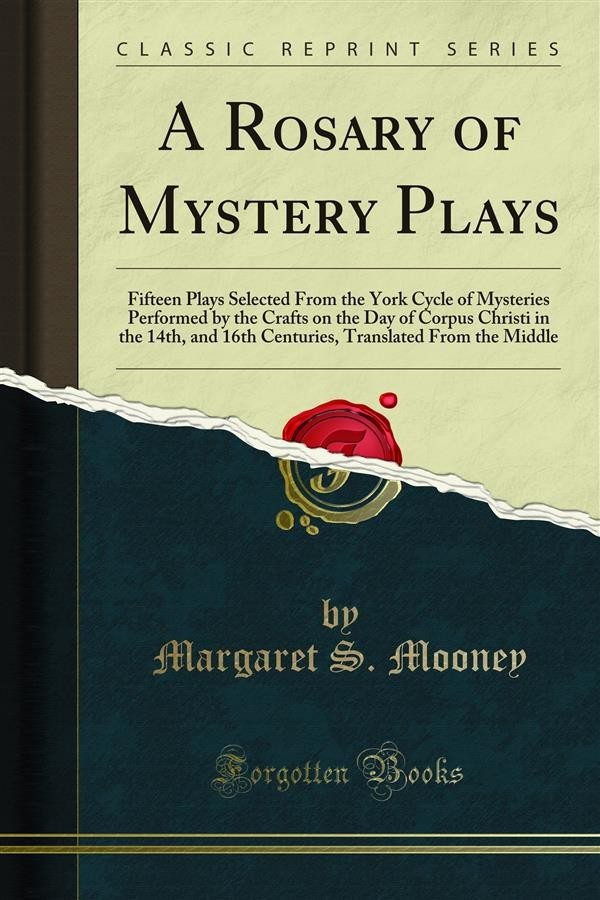 A Rosary of Mystery Plays

The complete cycle of forty-eight plays was first printed in 1885. The work of arranging and editing from the old manuscripts was done by Miss Lucy Toulmin Smith in an admirable manner, and the Oxford University Press published it in a beautiful single volume edition. The plays chosen to illustrate the devotion of the Rosary are arranged in three parts: I. The Five Joyful Mysteries. II. The Five Sorrowful Mysteries. III. The Five Glorious Mysteries. The artistic unity of this series will be readily seen and it is further enhanced by copies of paintings by famous artists, one picture for each play. This book is the outcome of study, followed by the desire of the translator to give to others a portion of the buried treasure of the medieval drama, seldom sought in our day, on account of the difficulties pre sented by the language of the period of their production. These plays carry with them an atmosphere of religious fervor and devotion found only in works inspired by the gospel stories of our Saviour's life and teaching. They may be read with profit not only as a part of the religious literature of the Middle Ages, but also by Catholics and Protestants alike, as an inspiration to greater devotion, and more sincere and earnest zeal in the service of Him in whose Holy Name we place the h0pe of our eternal salvation.