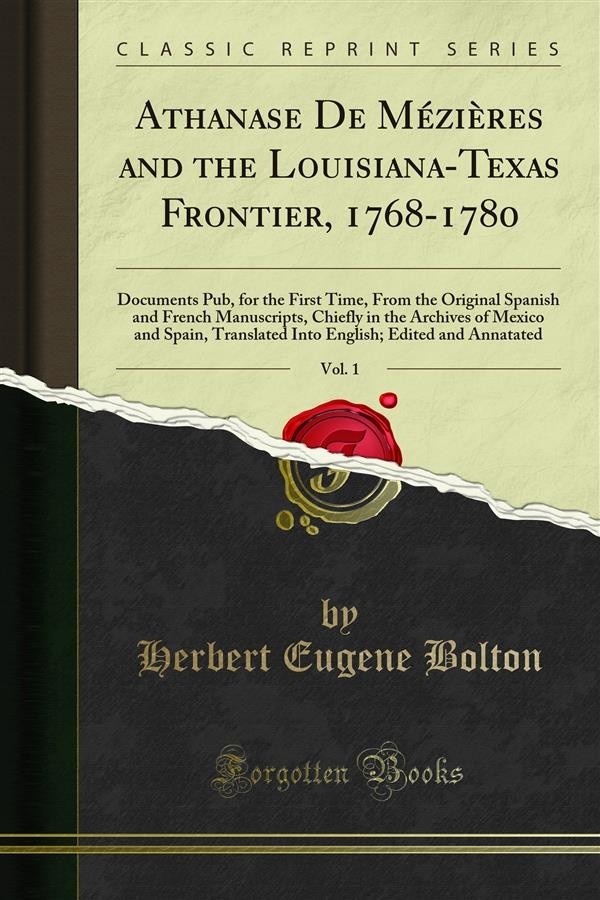 NO attempt has been made to publish here all the Ob tainable writings Of, to, or about De Mezieres, only such being included as relate primarily to his services after he became a Spanish subject through the transfer Of Louisiana to Spain in 1762. Nor could all Of such avail able be included, and selection has not been the least Of the editor's tasks. The major portion Of the docu ments have been gathered from the archives Of Mexico and Spain, a fact which illustrates the great importance Of those archives for the early history Of the Southwest. Several papers not found in Mexico or Spain, however, were Obtained from the Bancroft Collection at the Uni versity Of California, the British Museum, and the B'exar Archives at the University Of Texas. The collee tion Of Papeles Procedentes de la Isla de Cuba, at Se ville, was found to be especially rich in original manu scripts throwing light Ou the Louisiana side Of the Louis iana-texas frontier, and in this way to supplement the view which had formerly been gained from the archives Of Mexico and Spain. Materials for the early career Of De M'ézieres were found in the archives Of France, while a small amount Of information was secured from Louisiana.