A Concise Dictionary of Old Icelandic 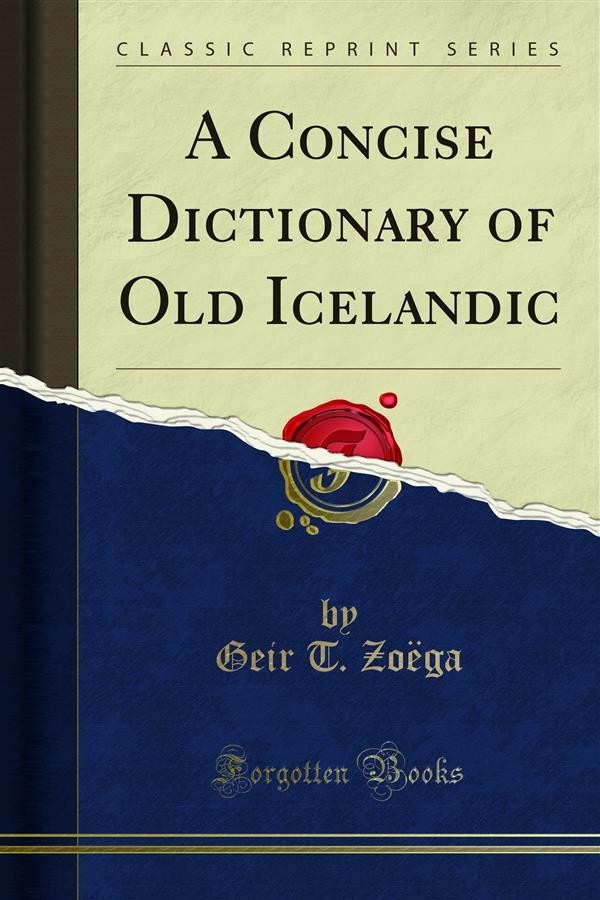 A Concise Dictionary of Old Icelandic

While it cannot be said that the study of Icelandic has been neglected in Britain, there can be no doubt that it might with advantage become much more general than it has been. There are several good reasons why it should be so. The Scandinavian inﬂuence was the earliest, and one of the strongest, of those outward forces which have gone to the making of modern English, and for the proper investigation and appreciation of this a knowledge of Icelandic is of the first impor tance. Not only does it supply a linguistic basis for such a study; it is also the source of much of the information necessary for the under standing of that period of British history. In itself, too, Old Icelandic literature, both in poetry and prose, presents a wealth of interesting material, which in some respects stands unrivalled among the literatures of mediaeval Europe, and without which our knowledge of the ancient North would be the merest shadow of what it is.