The Peasants' Rising and the Lollards 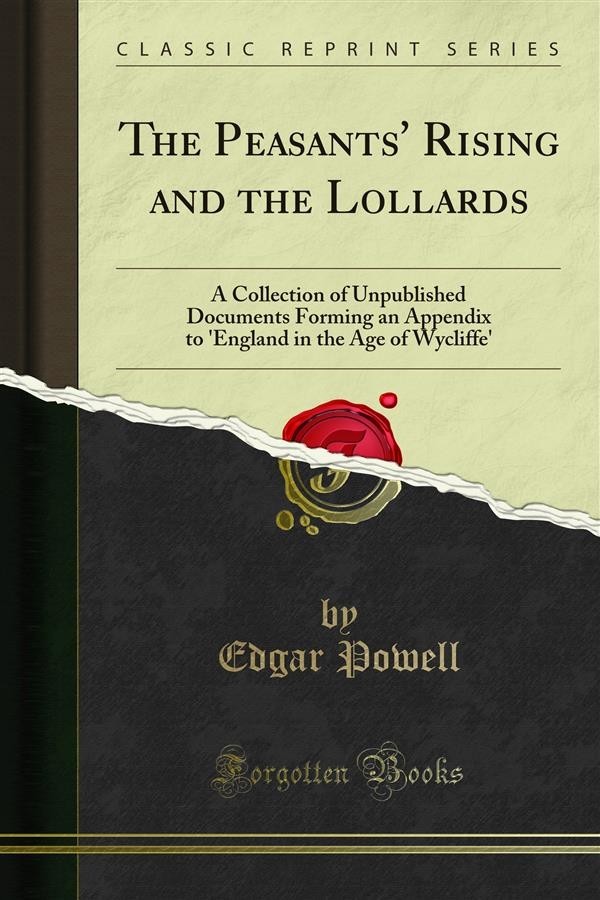 The Peasants' Rising and the Lollards

IN the Preface to the recently published volume England in the Age of Wycliffe,' the author expressed his intention of following up that work by the publication of such new materials as had been used in its construction. It was by Mr. Edgar Powell that he was first introduced to these materials, and by his assistance he now fulfils the promise of publication then made. It is hoped that these docu ments will bear out that part of 'england in the Age of Wycliffe which was based upon their authority. But they also contain much interesting detail concerning incidents which were only casually mentioned in that work. Students engaged on the period, either from love of reading or from hope of writing, will find here both curious and important matter. The editors have here and there inserted references to direct search to other sources of information on the sub jects in question, and have given, on page 18, a short list showing where documents relating to other trials of the rioters of 1381 have been printed, either wholly or in part. It has been thought best, in order to avoid much repeti tion and mere legal phraseology, to give the documents here published in an abbreviated form except in cases where they are described as transcripts in full.