Rhetoric, Its Theory and Practice 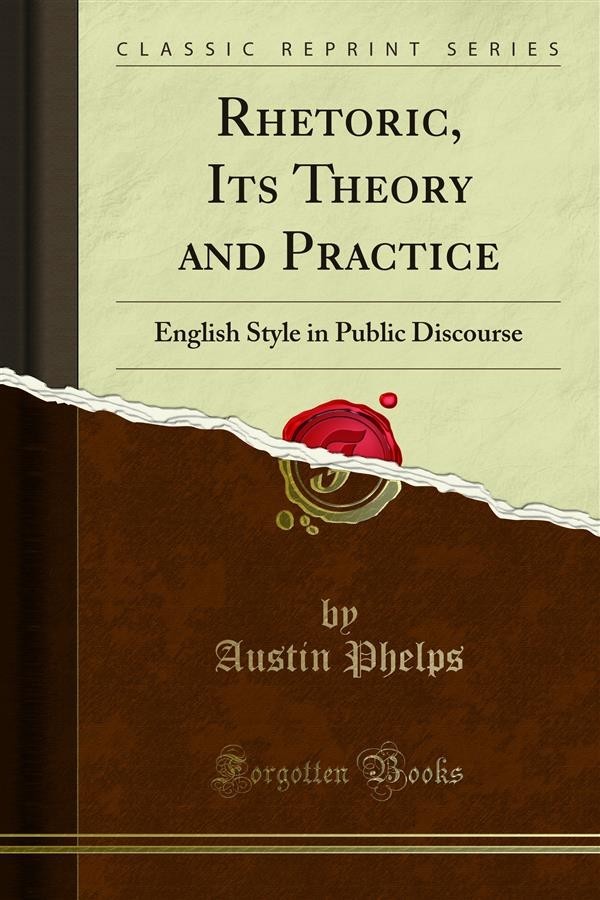 Rhetoric, Its Theory and Practice

It is to be remembered, however, that there is a large range of composition not intended to be spoken, yet which, to be effective in its purpose, must have the directness, force, and pointedness of oral address. In fact, nearly all successful composition — except, perhaps, the higher forms of literature, which are not a means, but in themselves an end — is marked by these characteristics of the spoken word. One of the most common mistakes in rhetorical training, is the failure to make the necessary distinction between this kind of composition and that of the purely literary type. Said a well-known professor of sacred rhetoric in one of our most prominent theological seminaries It is not often that I find a college graduate who is able, in his writ ing, to distinguish between composition addressed to the reader and to the hearer. I am, therefore, compelled to undo largely the rhetorical work of the college course be fore the student can put his sermon into a form which he can deliver, and to which a congregation will listen.