The Etymology of Local Names 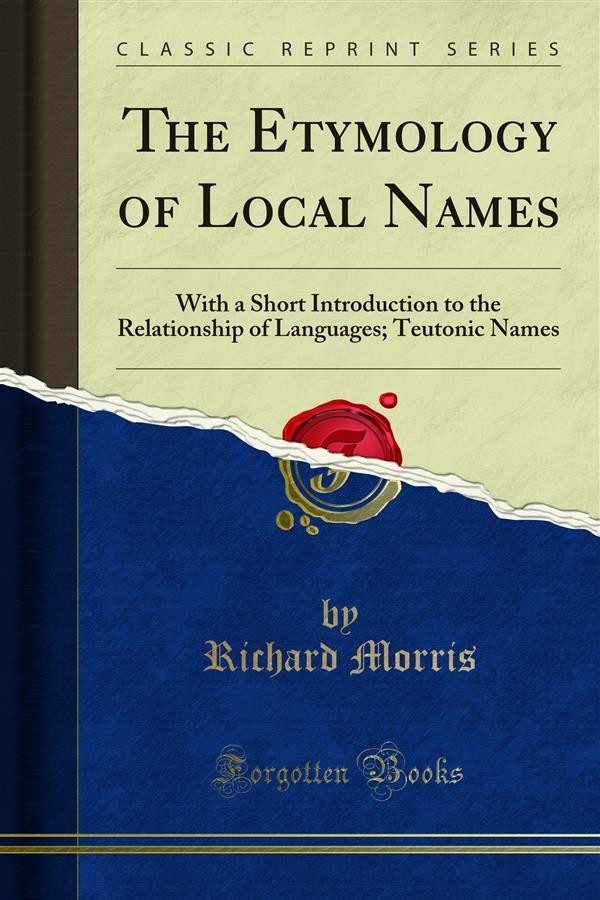 The Etymology of Local Names

Names have all some meaning when first imposed; and when a place is named for the first time, b yany people, they apply to it some term — ih early times generally descriptive of its natural peculiarities, or something else. On account of which it is remarkable, from their own language. When we find therefore, that the old names of natural objects and localities in a country belong, for the most part, to a particular language, we may conclude with certainty that a people speaking that language formerly occupied the country. Of this the names they have so impressed are as sure a proof as it' they had left a distinct record of their existence in words engraven on the rocks. Such old names of places often long outlive both the people that bestowed them, and nearly all the material monuments of their occupancy. The language, as a vehicle of oral communication, may gradually be forgotten and be heard no more where it was once in universal use. And the old topographical nomenclature may Still remain unchanged — Pretoria History of England.