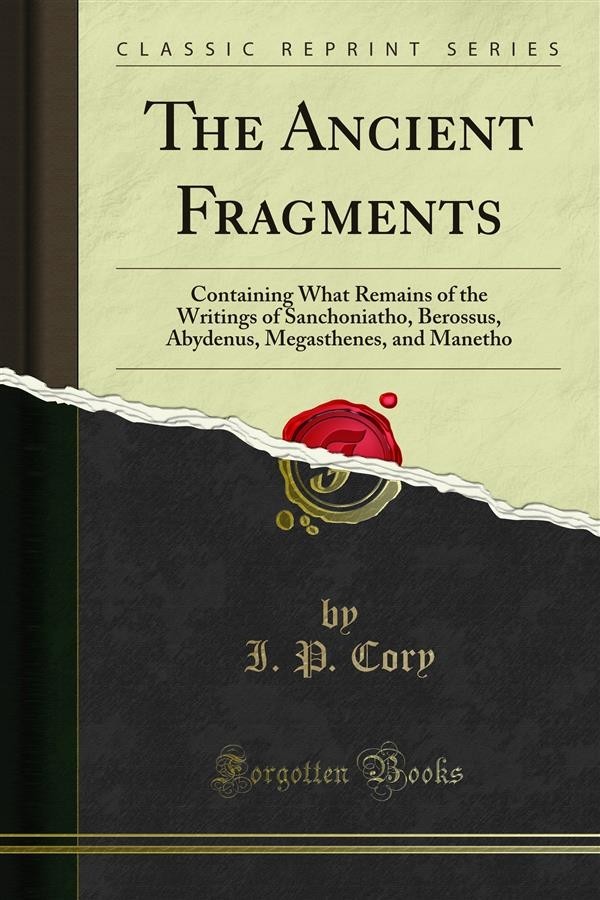 The contents then of this volume are Frag ments which have been translated from foreign languages into Greek; or have been quoted or transcribed by Greeks from foreign authors; or have been written in the Greek language by foreigners who have had access to the archives of their own respective countries. They are arranged under the following heads: the Phoenician, the Chaldaean, the Egyptian, the Tyrian, the Persian, and the Carthaginian. In the following review of these ancient wri ters, Ihave passed from themselves into a slight examination of their works: not with a view of entering at all into the details, but merely to call the attention to some few great landmarks, which stand prominently forth amidst what might other wise be deemed a wild, pathless and interminable. For the most ample and satisfactory explanation of the whole, I must refer to the inimitable works of Mr. Faber and Bryant.