A Homeric Dictionary, for Use in Schools and Colleges 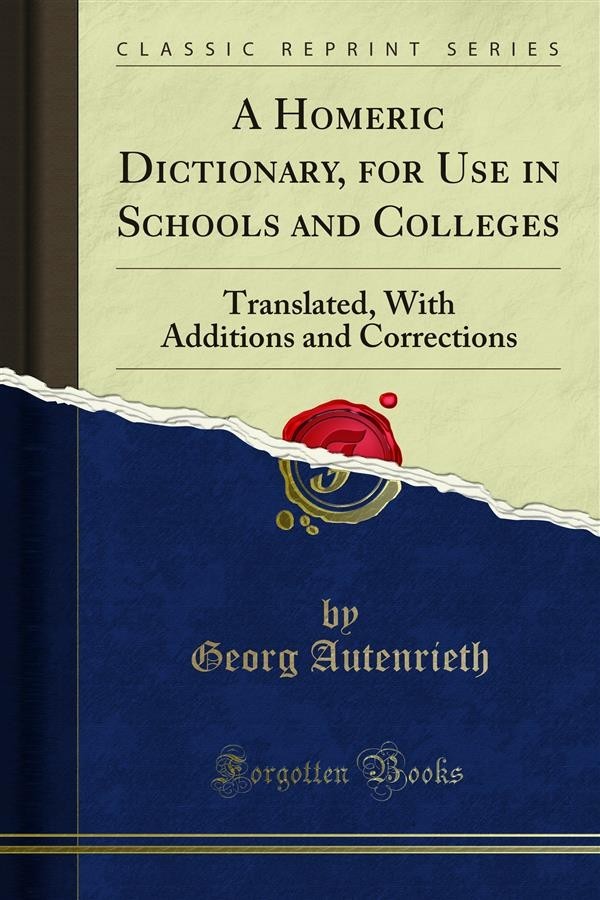 A Homeric Dictionary, for Use in Schools and Colleges

The necessity for extreme conciseness and the restriction of the work to Homeric usage cause some articles to lack that full ao count of the various meanings of a word, as developed one from the other, which is to be found in a general lexicon like that of Liddell Scott. A certain baldness and inadequateness in the treatment of many words must, indeed, be a characteristic of such a dictionary. The test of the book, however, is its practi cal adaptation to the ends it is intended to serve. The writer's own experience has led him to believe that it is well adapted to meet the wants of the young student, as well as to be a com panion in the reading of those professional men who have nu willingly let their acquaintance with Homer drop because of the inconvenience of carrying with them on a journey or to the sea shore a cumbrous lexicon. It is his earnest hope that this book — 30 attractive in form, and procurable at so low a price — will render possible, alike in our secondary schools and in our col leges, the reading of a considerably larger portion of Homer than has heretofore been attempted.