The Writings of Henry David Thoreau 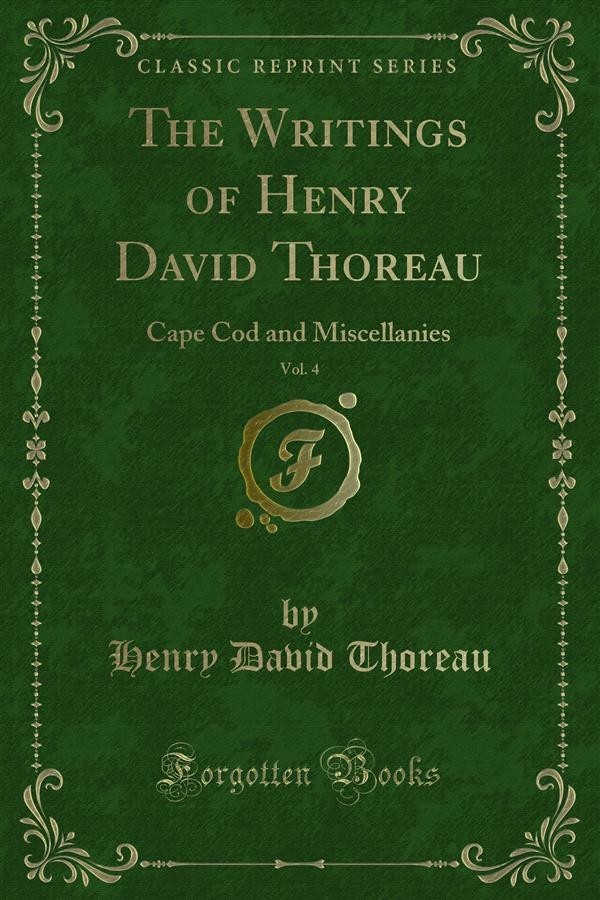 The Writings of Henry David Thoreau

IN the same year as The Maine Woods, but as a Christmas book dated 1865, appeared Cape Cod, also edited by William Ellery Channing and published by Ticknor Fields. The first four chapters of the book had already been printed by their author in Put nam's Magazine in 1855, and chapters v and viii were printed, just in advance of publication in the book, in The Atlantic Monthly in October and December, 1864. Thoreau has recorded his adventures in this book, and shows that he enjoyed the humor which attended his intercourse with the independent, self-reliant folk of What was then more than now a singularly isolated arm of the State. Mr. Charming adds, in his book on Thoreau, One of the old Cod could not believe that Thoreau was not a pedler; but said, after explanations failed, Well, it makes no odds what else it is you carry, so long as you carry truth along with you.' It should be borne in mind by the reader that a considerable part of this book never received its final revision at the hands of its author.