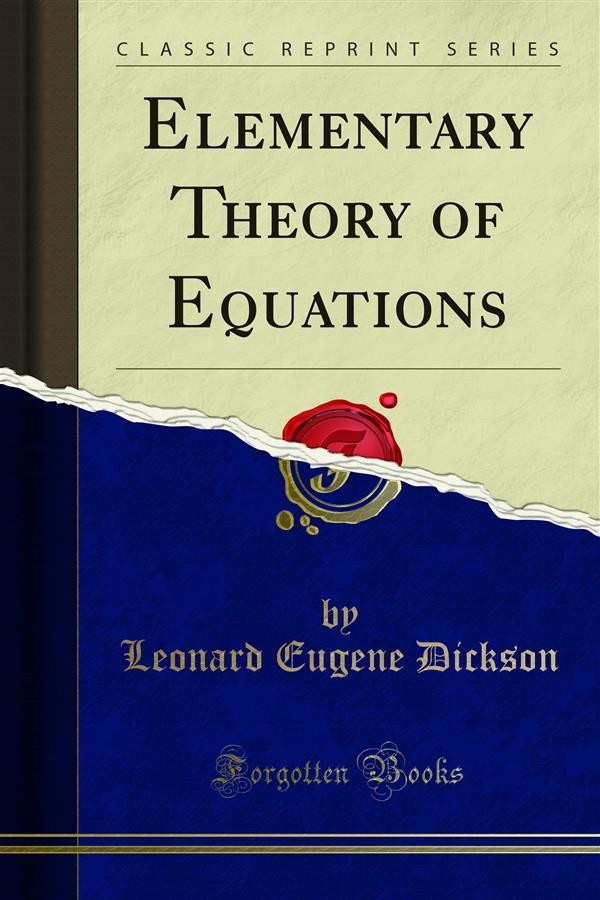 The longer an engineer has been separated from his alma mater, the fewer mathematical formulas he uses and the more he relies upon tables and, when the latter fail, upon graphical methods. Although graphical methods have the advantage of being ocular, they frequently suffer from the fact that only what is seen is sensed. But this defect is due to the kind of graphics used. With the aid of the scientific art of graphing pre sented in Chapter I, one may not merely make better graphs in less time but actually draw correct negative conclusions from a graph so made, and therefore sense more than one sees. For instance, one may be sure that a given cubic equation has only the one real root seen in the graph, if the bend points lie on the same side of the x-axis. Emphasis is here placed upon Newton's method of solving numerical equations, both from the graphical and the numerical standpoint. One of several advantages (well recognized in Europe) of Newton's method over Homer's is that it applies as well to non-algebraic as to algebraic equations. In this elementary book, the author has of course omitted the difficult Galois theory of algebraic equations (certain texts on which are very erroneous) and has merely illustrated the subject of invariants by a few examples. It is surprising that the theorems of Descartes, Budan, and Sturm, on the real roots of an equation, are Often stated inaccurately. Nor are the texts in English on this subject more fortunate on the score of correct proofs; for these reasons, care has been taken in selecting the books to which the reader is referred in the present text. The material is here so arranged that, before an important general theorem is stated, the reader has had concrete illustrations and often also special cases. The exercises are so placed that a reasonably elegant and brief solution may be expected, without resort to tedious multiplications and similar manual labor. Very few Of the five hundred exercises are of the same nature.