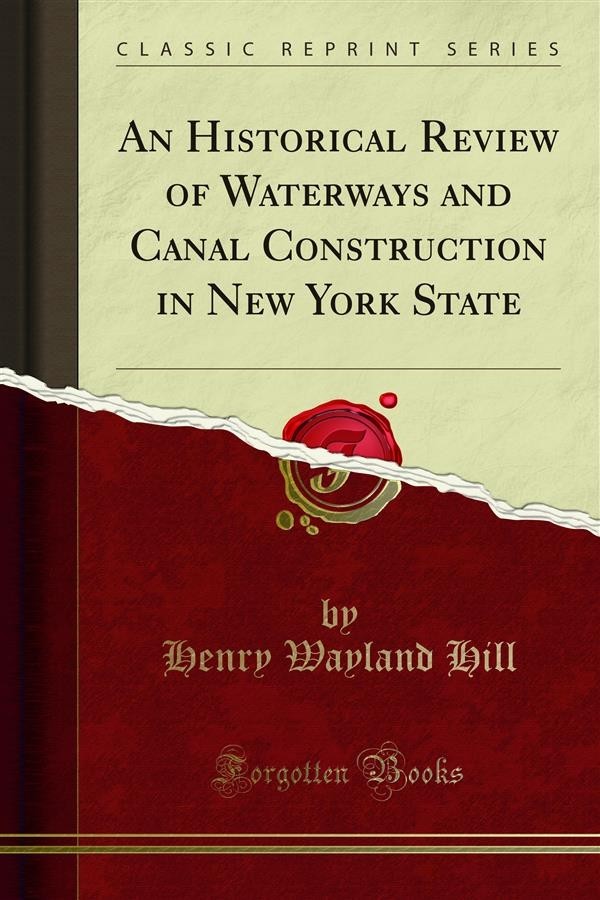 HE present volume is the outgrowth of a study which Henry W. Hill undertook to contribute to a collection of papers, to be prepared for the Buffalo Historical Society, dealing with various phases of the history of New York State waterways. AS he became engrossed in the subject, Senator Hill was led to extend the scope Of his work, until he had finally accomplished a comprehensive survey Of the whole history of the State canals. Nothing Of the character 'of the present work has before been written. Narratives there are, it is true, of some phases Of our canal history, especially of the original construction of the Erie canal. While the present work has been in preparation, two note worthy contributions to canal literature have been published: Noble A. Whitford's History of the Canal System of the State of New York, etc., issued in 1906 as a supplement to the annual report of the State Engineer; and A. Barton Hepburn's Artificial Water ways and Commercial Development, etc. (n. Y. Valuable as are both of these works, neither of them performs the particular service which Senator Hill has accomplished. He has written, not merely a history of the State canals, but a history from the view point Oi a legislator who has been largely instrumental in bringing about the results which he chronicles.