Old Times on the Upper Mississippi 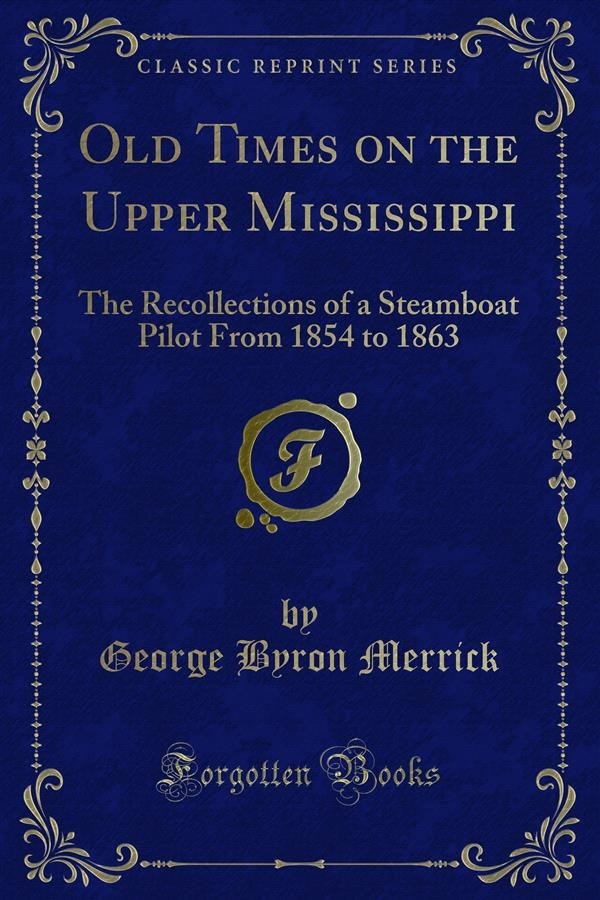 Old Times on the Upper Mississippi

To most men of our day, the life of those who manned the steamers of that once mighty ﬂeet is legendary, almost mythical. Its story is unwritten. To the few participants who yet remain, it is but a memory. The boats themselves have disappeared, leaving no token. The masters and the mates, the pilots and the clerks, the engineers and the men of humbler station have likewise gone. Of the thousands who contributed to give life and direction to the vessels themselves, a meager score of short biographies is all that history vouchsafes. The aim of the present volume is to tell something of these men, and of the boats that they made sentient by their knowledge and power; to relate something of the incidents of river life as seen by a boy during eight years of residence by the riverside, or in active service on the river itself While it may not literally be claimed, All of which I saw, it is with satisfaction, not unmixed with pride, that the writer can truthfully assert, A part of which I was.