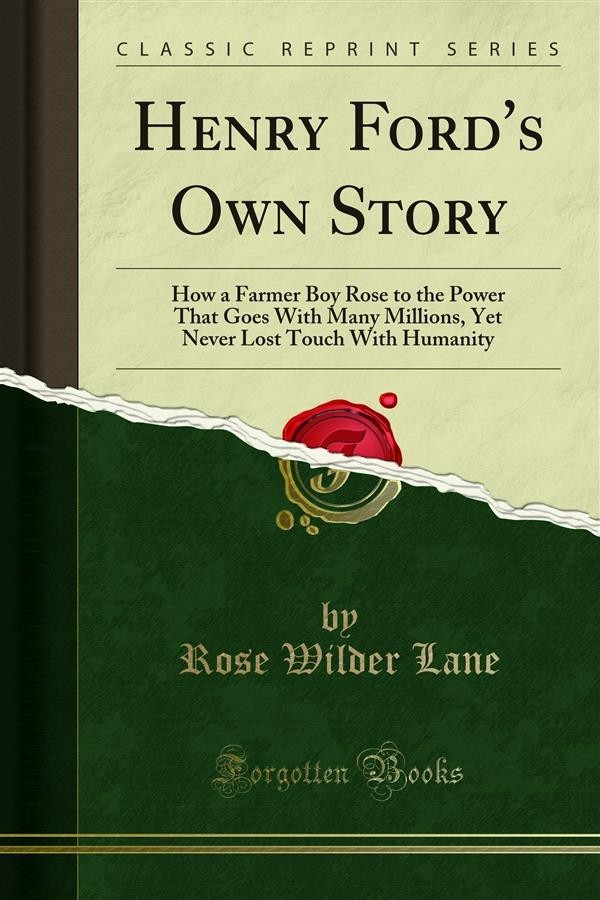 So, with the growth of Big Business during the last quarter of a century, we have built up the modern myth of the Big Business Man. Our imaginations are intrigued by the spec tacle of his rise from our ranks. Yesterday he was a farmer's son, an office boy, a peddler of Armenian laces. To-day he is a demigod. Is our country threatened with financial ruin? At a midnight conference of his dependents, hastily called, he speaks one word. We are saved. Does a foreign nation, fighting for its life, ask our help? He endorses the loan. We contemplate him with awe. In one life time he has made himself a world power; in twenty years he has made a hundred million dol lars, we say. He is a Big Business Man. Our tendency was immediately to put Henry Ford in that class. He does not belong to it. He is not a Big Business Man; he is a big man in business.