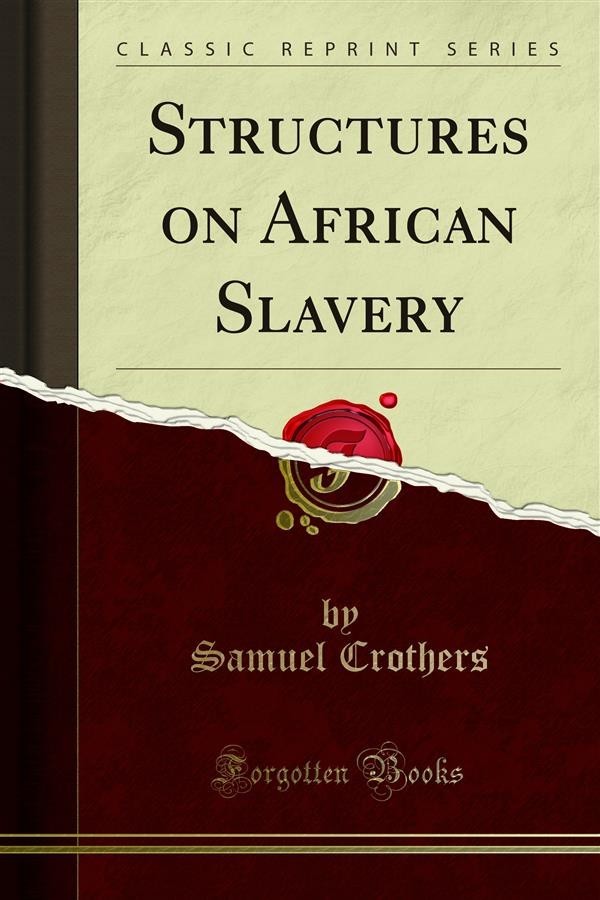 Modern writers on the subject of Slavery, speak of'it as'of'very remotes antiquity. They tell us, it existed before the ﬂood; and this isthe usual' introduction to the bold assertion, that it prevailed in the families of the patriarchs, was licensed by the law of God given by Moses, and'winked at by our Lord and his Apostles. They generally express their hatred of it, as inconsistent with purity of morals, and the interests of any commu nity in which it is tolerated. But they assign various reasons for its be ing permitted, as they suppose, in every period of the church. Some oi= them assure us, that under the patriarchs it was exceedingly mild. Oth ers tell us that, owing to its previous existence among believers and pa gans, Moses could not abolish it, although he was fully sensible of its evils. Many of them insist, that the apostles refrained from opposition to it, from a prudent resolution not to give offence. The only reason we have seen assigned, as suﬂicient to account for its being tolerated under both dispensations is, the hardness of our hearts.