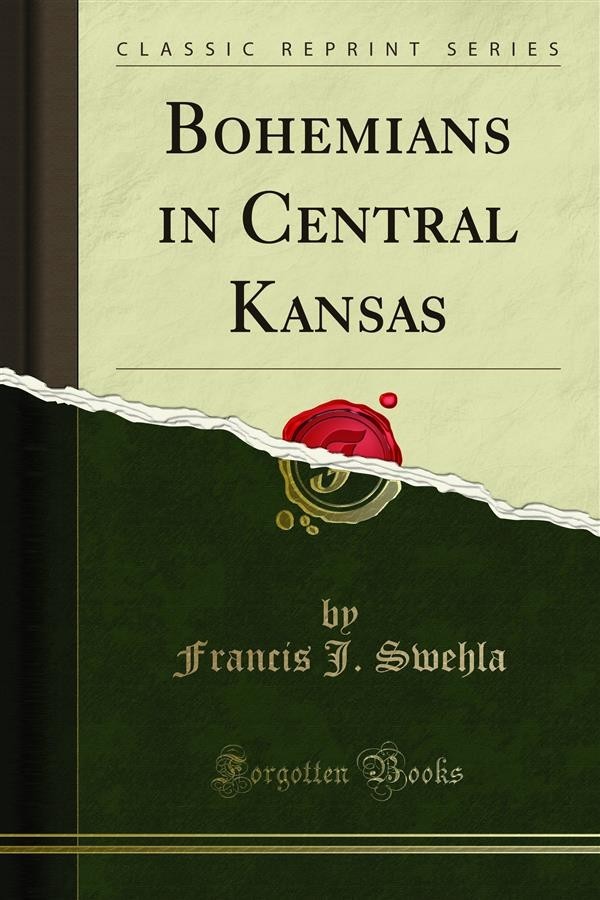 Lansing no one could be hired to haul the party west, about fifty miles, so lthe baggage had to be stored and the party started on foot. We followed a wagon track, according to directions given my father, who was the guide 1 and interpreter for the party on the whole way from home in Ceske Vlasti. He was the only one who could speak German, and he was able to find Ger mans everywhere thus far. But on our second night's lodging in a primitive little log cabin, and they were scarce, he found good people that he could not talk with,.as we had struck the Norwegian settlement, but they under stood our wants all right. They were a white-haired but a warm-hearted people — those Norsk. Waking up in the morning, we found snow covering the ground, and made our first footprints in snow in America, November 1, 1854. And so the summer was spent, and with it our small capital, in travel in'g over the greater part of the civilized world to land in the wilderness. A great change of circumstances wrought in half a year's travel! As it was too late for each family to dig itself a habitation in the hillside as the Norwegian settlers had done, several families combined to build a house out of slabs bought from a rude and primitive sawmill on Turkey river. Uncle had bought a yoke of oxen and an old wagon to haul the slabs and get the baggage left at the river's landing. He built a stable of split rails and old dead grass for hay, but winter was too severe for that kind of quarters, and the oxen froze, or half froze and half starved. In a few days after our arrival I became nine years of age. That was a memorable winter in that home of slabs. We had two cook stoves, one on each side of the aisle that led through the middle of the room from the door at one end to a window at the other. The bedsteads were placed on each side of the aisle like cots in a hospital. But there was no bedstead for me. I slept on the woodpile behind one of the stoves, shivering with cold every night till Mrs. J an Hajek took me under her feather bed. My oldest sister Katerina was born there that winter, and another girl for our neighbor. She was named Maria Hajek. I can not give dates, as that is over fifty-nine years ago and I have nothing but my memory to go by.