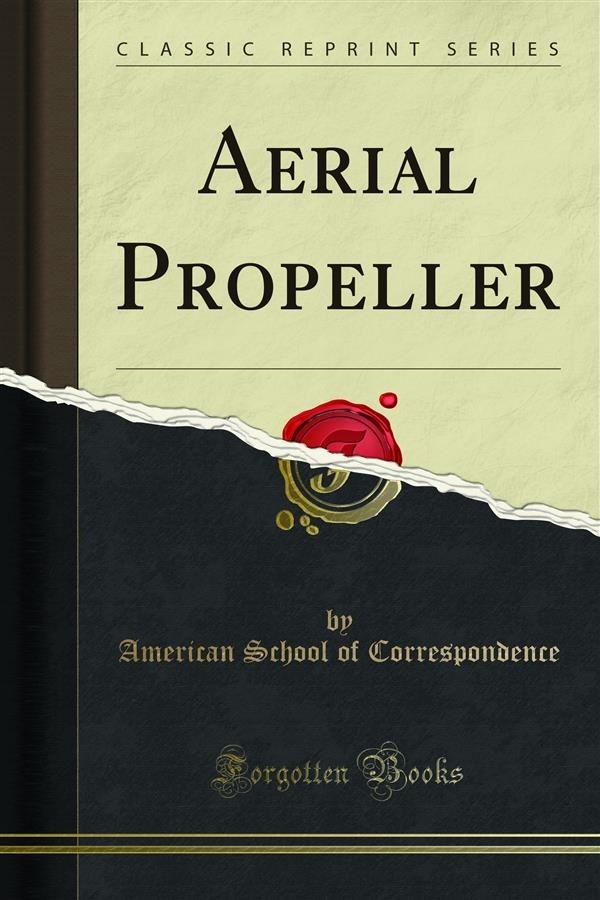 Peripheral Speed. The limiting factor in the propeller is its peripheral rather than its rotational speed, since it is upon this that the centrifugal stresses, which are by far the most severe of all involved, depend. The propellers of practically all aeroplanes built so far run at peripheral speeds ranging from to feet per minute, with occasional instances of speeds as high as feet per minute, the rotational speeds being so adjusted to the diam eters of the propellers as to produce little variation outside of the range given. At the higher of the speeds mentioned, nearly 570 miles per hour, centrifugal force is so great as to test to its utmost the quality of the finest structural material obtainable. That it is better to gain permissible peripheral speeds by the use of large diameter propellers at low-rotational speeds, rather than with small propellers at high-rotational speeds, becomes very evident with a little study. Take, for example, the case of -a portion of a propeller surface, 1 foot long and 1 foot wide, traveling edgewise round a 30-foot circumference, 600 times a minute, it being assumed that a peripheral speed of feet per minute is the maximum permissible in the case in question. Under the conditions stated, the surface passes any given point 10 times per second — often enough to produce a material disturbance of the air worked against. Now assume the circumference reduced to 15 feet by a corresponding halving of the propeller diameter, and immediately it becomes apparent that a doubling of the rotational speed is allowed without increasing the peripheral speed.