The technique of the porcupinequill decoration among the north american indians 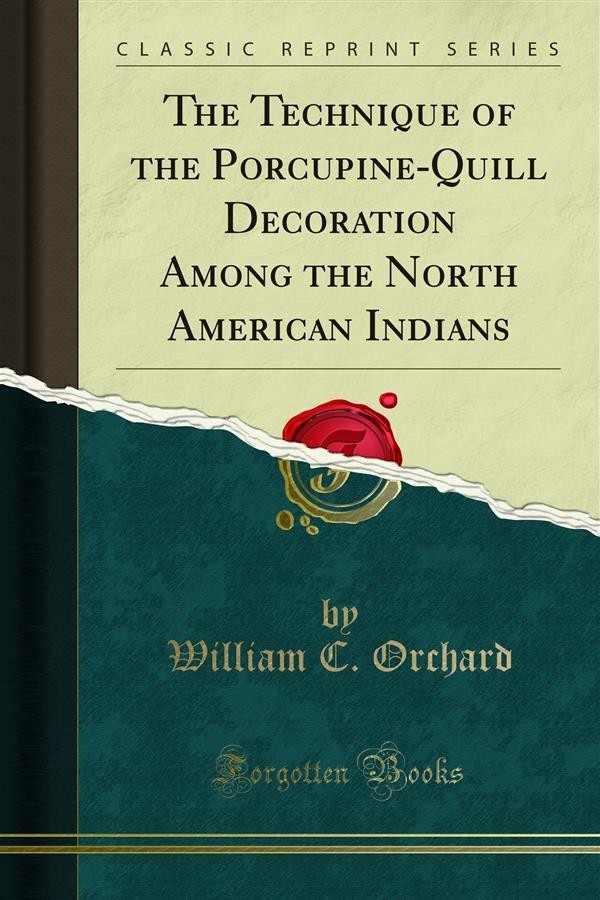 The technique of the porcupinequill decoration among the north american indians

The buffalo-berry and squaw-currant were used for producing a red dye, but the former was preferred because it is more succulent than the squaw-currant, which has a large seed with a thin Skin and consequently required a greater quantity to produce the de sired color. The operation Oi dyeing consisted simply Of boiling the fruit and porcupine-quills together in water until the required color was Obtained. Sometimes dock-root was used in addition to the fruit, because it produced a brighter and stronger color. Care was exercised in collecting the root, as the mother, not the father plant, must be used; the difference between the two plants was recognized by the ﬂowers. Wild grapes were used for making black dye Of superior quality, while a good substitute was found in hickory or walnuts when grapes were not obtainable. The nuts, gathered green (that is, before the hard shell had formed), were laid in the sun and occasionally sprinkled with water until they turned black, and then were boiled in water with the quills. The resultant color was a brownish black, and consequently was not SO satisfactory to the discriminating artist as that produced by the grapes.