Babylonian-Assyrian Birth-Omens, and Their Cultural Significance 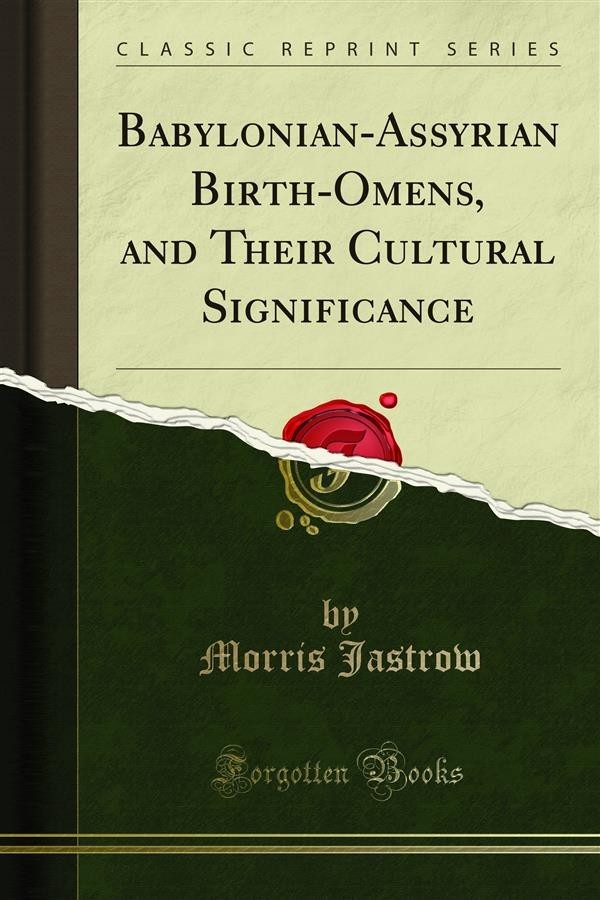 Babylonian-Assyrian Birth-Omens, and Their Cultural Significance

2 The field of divination was gradually extended so that practically every unusual occurrence or every occurrence that even aroused attention was regarded as an omen. Among these miscellaneous classes of omens we may distinguish as distinct subdivisions (a) dreams, (b) phenomena connected with rivers and canals, (c) movements of animals chiefly serpents, dogs, sheep and certain birds like ravens and falcons; also mice and rats, and various insects as roaches and locusts, (d) phenomena in houses and temples, including probably (as in Leviticus, Chap. 14) suspicious looking marks or spots, (e) peculiarities and diseases of any portion of the human frame. No doubt the list can be still further extended.