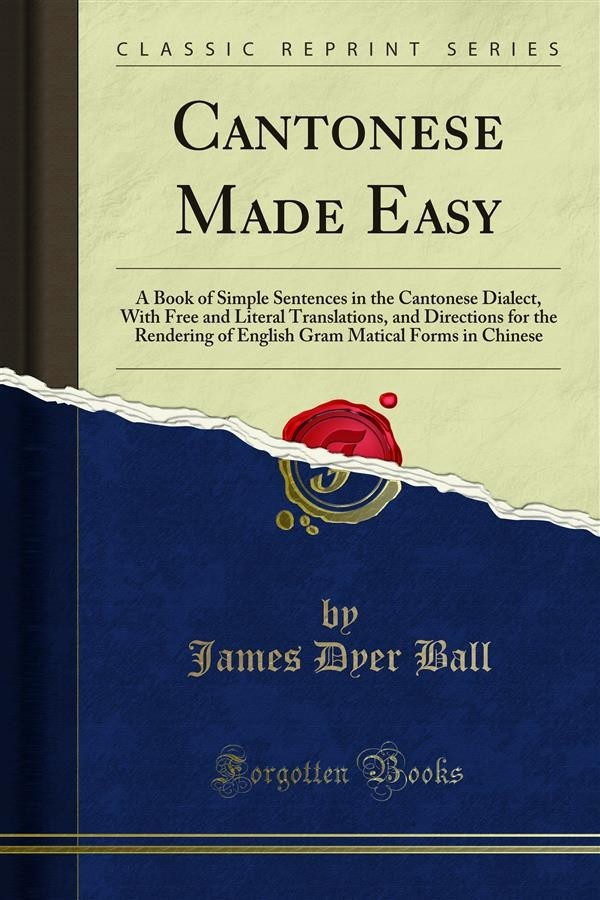 Tms little book is meant to supply a want. The Author has heard a beginner in Chinese sadly lamenting the difficulty he had in the use of his phrase-book to know what the Chinese words really meant. Before him and before many a learner, there appear on the opened pages of his book sentences in English and sentences in Chinese. He reads the English and his Chinese teacher reads the Chinese over to him until he learns the sounds. By dint of memory he learns that a certain English sentence is expressed in Chinese by certain Chinese words, which he supposes are the equivalents of the English words; but as soon as he commences to analyse the two sentences — to place them side by side, he finds that there seems to be very little similarity between the two. The one often has more words by far than the other; there are no numbers, no moods, no tenses, or but halting expedients to represent them, which are well nigh unintelligible to him and the use of his dictionary, at first, affords him but little assistance in his attempts to pick asunder the component parts of a Chinese sentence, for either he does not find the word that is given in his phrase-book, or he is embarrassed by the multiplicity of renderings for one word.