The Wonderland of the West 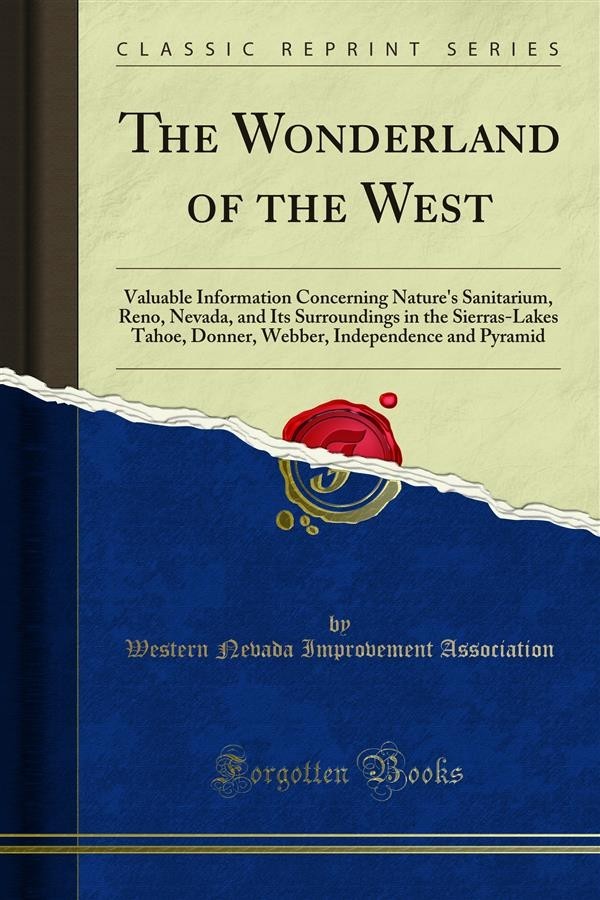 The Wonderland of the West

Phthisis is not indigenous to Nevada; the first authenticated case originating in this climate having yet to be discovered. Nor is it alone those who are afﬂicted, or those threatened with this dread scourge, that will be benefited by residence here, for it has been fully proven that this is indeed Nature's sanitarium for asthma and chronic bronchitis as well. While excessive altitude might prove an injury to those suffering from bronchial affection, experience has demonstrated that Reno's moderate altitude is beneficial in the greatest degree to this class. Among our resident population are to be found numbers who had elsewhere, through a long series Of years, been afﬂicted with' the distressing com plaints just mentioned, but whose coming to this climate has resulted either in complete or in such partial recovery as has made life once more enjoyable. Some of these, who have traveled in nearly all lands in quest of health do not hesitate to pronounce our climate matchless in respect to aiding in the restoration Of this invaluable boon. Asthmatic patients especially have experienced relief in an incredibly short time after their arrival, in some cases only a few weeks elapsing until their nocturnal slumbers have been m undisturbed, much to their joy.' Many Of this class, whether wholly or partially recovered from their disease, dare hardly go to reside at a low altitude, or in a damp climate, for fear of its return; while here they feel assured that they are safe and, as a consequence, are willing to remain.