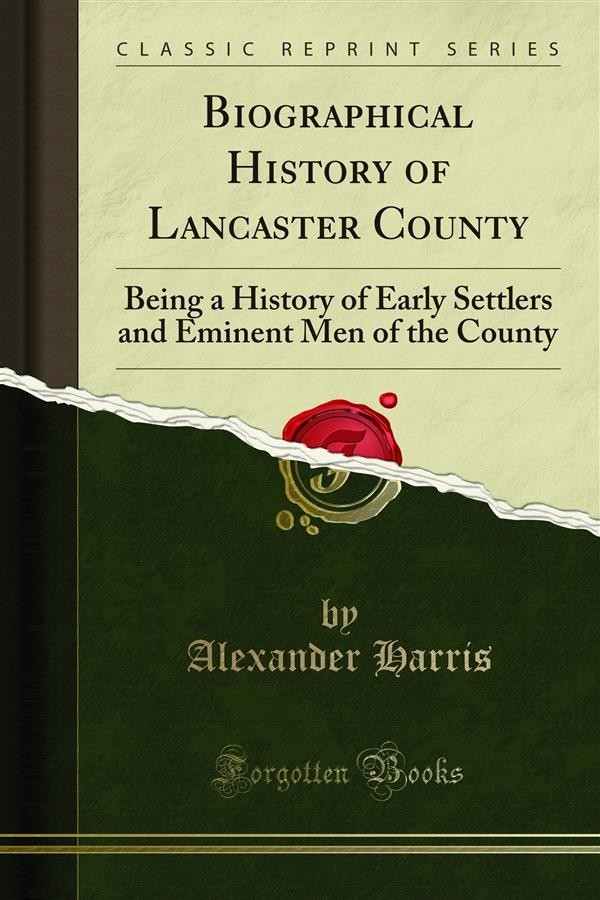 A Biographical History of Lancaster county is such a one as has not heretofore been attempted to be executed in our midst. That a very general desire existed amongst the intelligent citizens of our county, that a work of this char acter should be produced, the undersigned has had, since the undertaking of his enterprise, the most abundant evidence. It was owing to this fact that he received the assistance, from the announcement of his enterprise, of a number of intelligent and leading men, who, busied themselves in the collection of all the information in their power, in order to aid him in the preparation of a history ofpersonages whose lives, acts and doings were worthy of being recorded, for the interest of the present and future generations.