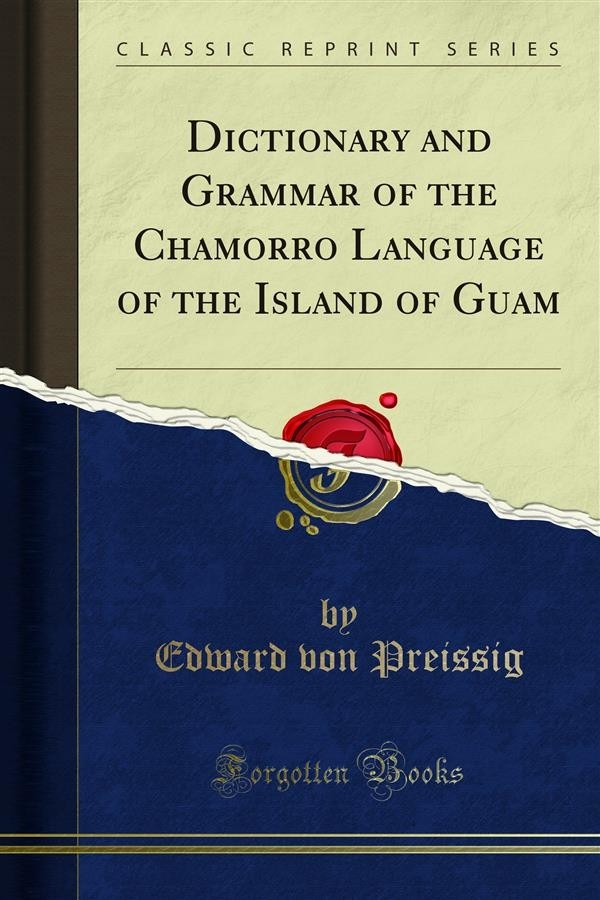 Author of Etymological Comparison of the Finn Ugrian and Magyar Idioms; Short History of austria-hungary; Political Institutions of the Old World; etc. That the present work is the first lexicographic record in the English language of the Chamorro idiom Of the Marianas Islands, and especially of the island of Guam, is submitted as its principal raison d'etre, as well as the author's justification for undertaking a task rendered exceptionally difficult through the paucity Of materials on which to base outlines, which difficulties were further amplified by the character of the sources at his disposal. As stated in the bibliography following, only three dictionaries are available at the present time, of which the J apanese-chamorro Dic tionary contains about 60 very small pages, With a vocabulary comprising 30 pages, presenting the Chamorro equivalents in phonetic spelling; the german-chamorro Dictionary, with a vocabulary of 86 pages, also adheres to the phonetic spelling and only the spanish-chamorro Dictionary, published in Manila in 1865, maintains the spelling of the Chamorro Words in accordance With the representation used by the Cha morros of the present day, a usage which has been transmitted to them through their mothers from generation to generation. The fact that there has been great need for a printed record Of the Chamorro language is brought into bold View by the evident losses sustained by the spoken language since the comparatively recent date of the publication of the last mentioned dictionary. These losses have forced themselves upon the author's knowledge during his preliminary investigations among the natives, When it Was his ever-recurring experience to be compelled to abandon Word after Word contained in the Work of the Spanish author, for the reason that they were no longer remembered by any of the living Chamorros, and although all these words represented, upon the most casual etymological investigation, the true genius of the Old language, they have been lost to it forever, having apparently died with the last generation.