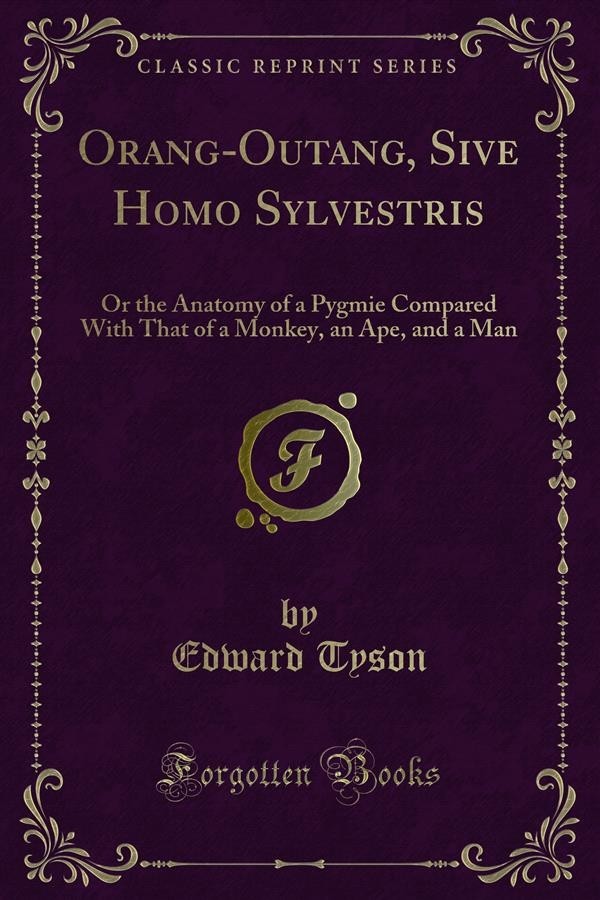 The Hair of our Pygmie or Wild Man waspf a Coal-black colour, and (trait, and much more refembling the Hair of Men than the Furr of Brutes For in the Furr of Brutes, befides the longer Hair, there is ufuall'y a finer'and _{horter Pile intermixt: Here °twas all of a kind, only about the Puhir the hair was greyilh, feemed longer, and fomewhat different, fo on the upper Lip and Chin, there were greyilh hairs like a Beard: And I was told by the Owners, that'once it held the Bafou it's felf, to be trimmed. The Face, Hands, and Soles of the Feet were bare and without Hair, and (0 was moft part of the Forehead: But down the fides 'of the Face 'twas very hairy the hairs there being about an Inch and half long, and longer than in molt Parts of the Body be~ fides. The tendency of the Hair of all the Body was downwards, but only from the Wril'rs to the Elbow 'twas upwards, (0 that at the Elbow the Hair of the Shoulder and the Arm ran contrary to one another. Now in Quadruped: the Hair in the fore-limbs have ufually the fame Inclina tion downwards, and it being here different, it fuggefled an Argument to me, as if Nature did defign it as a Biped. But we will lay no more firefs upon ir than it will bear:' T he Hair on the back-fide of the Hands did run tranfverfe, inclining to the outfide of the Hands and thofe of the hinder fides of the Thighs were tranfverfe likewife.