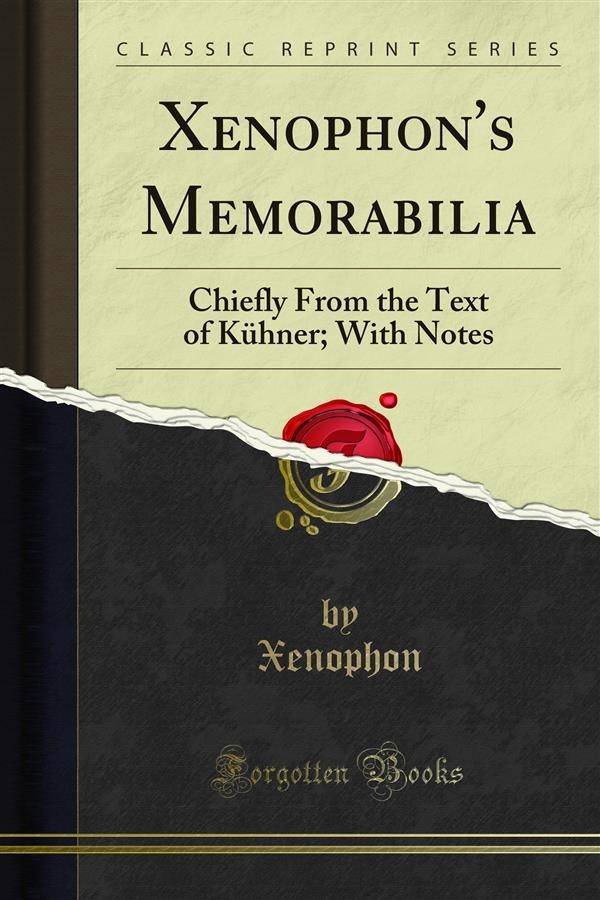 The second count in the indictment was, as already mentioned, that Socrates introduced new divinities. This charge arose mainly from the assertion of Socrates that he received warnings from the divine (to sac/lévaov). Xenophon, in reply 6, observes that there was nothing peculiar or heterodox in this, for others believe in augury, omens, and the like; believe, that is, that through the instrumentality of birds, sounds, &c., the Gods disclose to men future events. It is not the birds or sounds which convey this knowledge of the future, but the divine power through their means. This was all that Socrates meant when he spoke of the intimations given him by the divine (to Sawdwov). These remarks coincide with a passage in the Apologia (xenophon's) where Socrates argues that as 76 30.41.6v was a divine voice, and the sounds of birds from which auguries were drawn were also voices, there was nothing peculiar in his views on this point. In the Apologia of Plato this count in the indictment is virtually passed over without any answer.