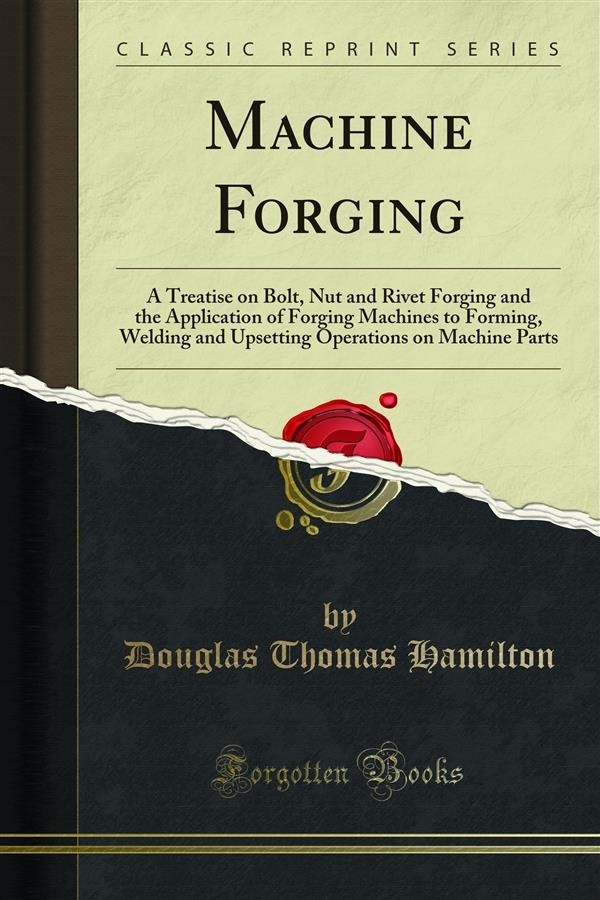 The bolt and nut industry in America started in a very small way in Marion, Conn., in 1818. In that year Micah Rugg, a country blacksmith, made bolts by the forging process. The first machine used for this purpose was a device known as a heading block, which was operated by a foot treadle and a connecting lever. The connecting lever held the blank while it was being driven down into the impression in the heading block by a hammer. The square iron from which the bolt was made was first rounded, so that it could be admitted into the block. At first Rugg made bolts only to order, and charged at the rate of sixteen cents apiece. This industry developed very slowly until 1839, when Rugg went into partnership with Martin Barnes; 'together they built the first exclusive bolt and nut factory in the United States in Marion, Conn. The bolt and nut industry was started in England in 1838 by Thomas Oliver, of Darlston, Staffordshire. His machine was built on a somewhat different plan from that of Rugg's, but no doubt was a further development of the first machine; Oliver's machine was known as the English Oliver.