The Age of Chivalry, or Legends of King Arthur 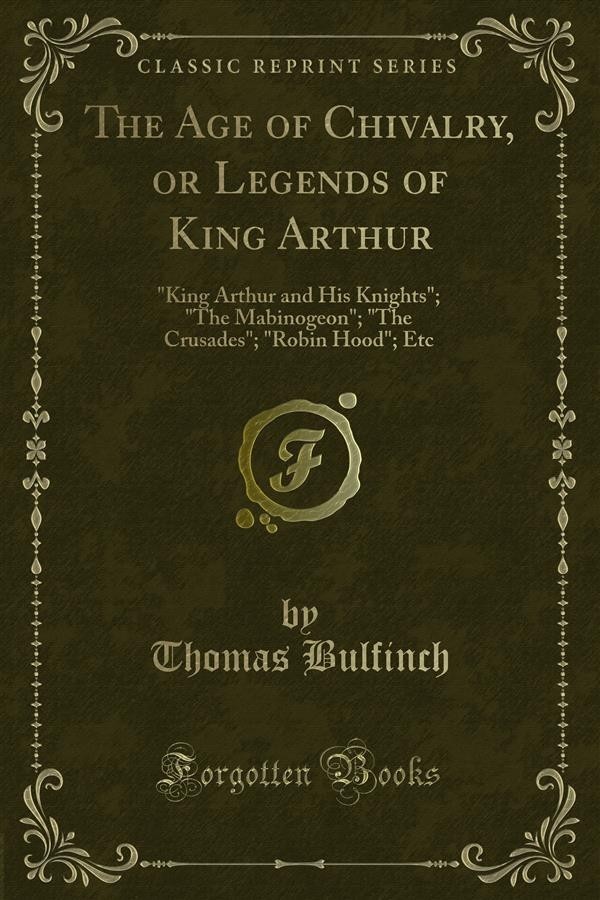 The Age of Chivalry, or Legends of King Arthur

The word Chivalry is derived from the French cheval, a horse. The word knight, which originally meant boy or servant, was particularly applied to a young man after he was admitted to the privilege of bearing arms. This privilege was conferred on youths Of family and fortune only, for the mass Of the people were not furnished with arms. The knight then was a mounted warrior, a man Of rank, or in the service and maintenance of some man of rank, generally possessing some independent means Of support, but Often relying mainly on the gratitude Of those whom he served for the supply Of his wants, and Often, no doubt, resorting to the means which power confers on its possessor. In time Of war the knight was, with his followers, in the camp Of his sovereign, or commanding in the field, or holding some castle for him. In time Of peace he was Often in attend ance at his sovereign's court, gracing with his presence the banquets and tournaments with which princes cheered their leisure. Or he was traversing the country in quest Of adventure, professedly bent on redressing wrongs and enforcing rights, sometimes in fulfilment Of some vow of religion or Of love. These wandering knights were called knights-errant; they were welcome guests in the castles Of the nobility, for their presence enlivened. The dulness Of those secluded abodes, and they were received with honor at the abbeys, which often owed the best part Of their revenues to the patronage of the knights but if no castle or abbey or hermitage were at hand, their hardy habits made it not intolerable to them to lie down, supperless, at the foot Of some wayside cross, and pass the night. It is evident that the justice administered by such an instru mentality must have been Of the rudest description. The force whose legitimate purpose was to redress wrongs, might easily be perverted to inﬂict them. Accordingly, we find in the romances, which, however fabulous in facts, are true as pic tures of manners, that a knightly castle was Often a terror to the surrounding country; that its dungeons were full Of oppressed knights and ladies, waiting for some champion to appear to set them free, or to be ransomed with money; that hosts of idle retainers were ever at hand to enforce their lord's behests, regardless of law and justice; and that the rights Of the un armed multitude were Oi no account. This contrariety Of fact and theory in regard to chivalry will account for the Opposite impressions which exist in men's minds respecting it. While it has been the theme Of the most fervid eulogium on the one part, it has been as eagerly denounced on the other. On a cool estimate, we cannot but see reason to congratulate ourselves that it has given way in modern times to the reign of law, and that the civil magistrate, if less picturesque, has taken the place of the mailed champion.