The Works of Voltaire 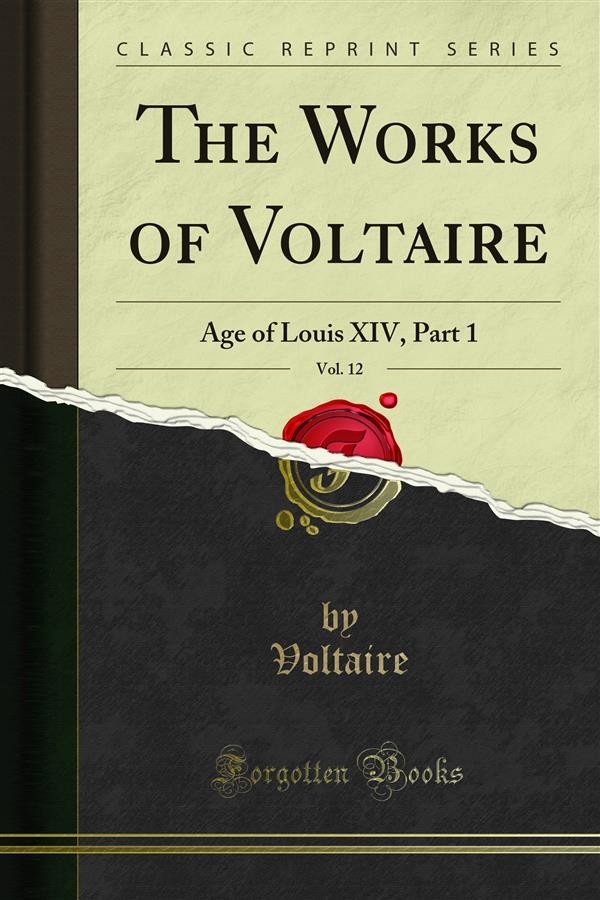 The Works of Voltaire

The second age is that of Caesar and Augustus, distinguished by the names Of Lucretius, Cicero, Titus, Livius, Virgil, Horace, Ovid, Varro, and Vitruvius. The third is that which followed the taking of Constantinople by Mahomet II. Then a family Of private citizens was seen to do that which the kings of Europe should have undertaken. The Medici invited to Florence the learned, who had been driven out of Greece by the Turks: this was the age of Italy's glory. The polite arts had already recovered a new life in that country; the Italians honored them with the title Of Vertu, as the first Greeks had distinguished them by the name of Wisdom. Everything tended toward perfection; a Michel angelo, a Raphael, a Titian, a Tasso, and an Ariosto ﬂourished. The art Of engraving was invented; elegant architecture appeared again as admirable as in the most triumphant ages Of Rome; and the Gothic barbarism, which had disfigured Europe in every kind Of production, was driven from Italy to make way for good taste. The arts, always transplanted from Greece to Italy, found themselves in a favorable soil, where they instantly produced fruit. France, England, Germany, and Spain aimed in their turn to gather these fruits; but either they could not live in those climates, or else they degenerated very rapidly.