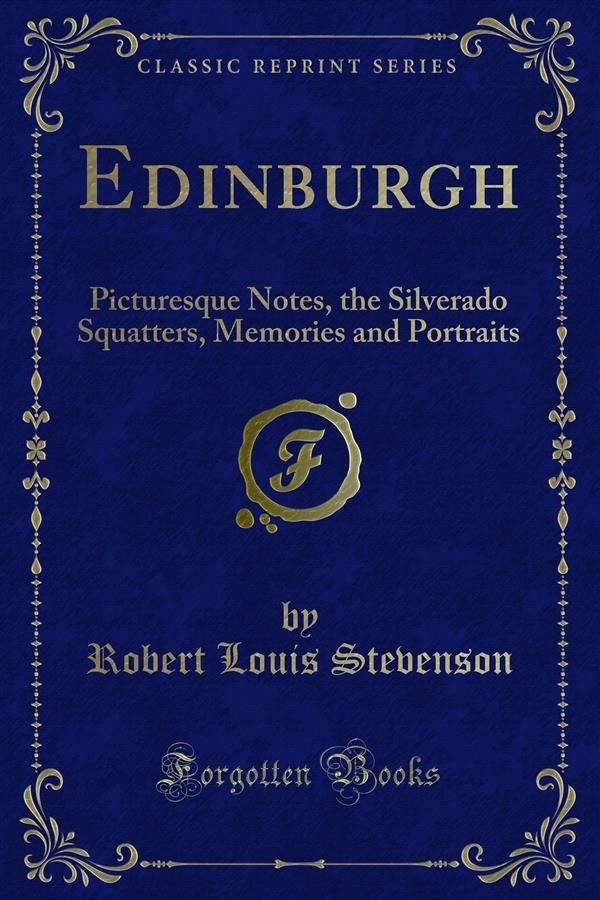 Venice, it has been said, difiers from all other cities in the sentiment which she inspires. The rest may have admirers; she only, a famous fair one, counts lovers in her train. And indeed, even by her kindest friends, Edinburgh is not considered in a similar sense. These like her for many reasons, not any one of which is satisfactory in itself. They like her whimsically, if you Will, and somewhat as a virtuoso dotes upon his cabinet. Her attraction is romantic in the narrowest meaning of the term. Beautiful as she is, she is not so much beautiful as interesting. She is pre-eminently Gothic, and all the more so since she has set herself off with some Greek airs, and erected classic temples on her crags. In a word, and above all, she is a curiosity. The Palace of Holyrood has been left aside in the growth of Edinburgh, and stands gray and silent in a workman's quarter and among breweries and gas works. It is a house of many memories. Great people of yore, kings and queens. Buffoons and grave embassadors, played their stately farce for centuries in Holyrood. Wars have been plotted, dancing has lasted deep into the night, murder has been done in its chambers. There Prince Charlie held his phantom levees, and in a very gallant manner represented a fallen dynasty for some hours. Now, all these things of clay are mingled with the dust, the king's crown itself is shown for Sixpence to the vulgar; but the stone palace has outlived these changes. For fifty weeks together, it is no more than a show for tourists and a museum of old furniture.