Itinerary From Bordeaux to Jerusalem 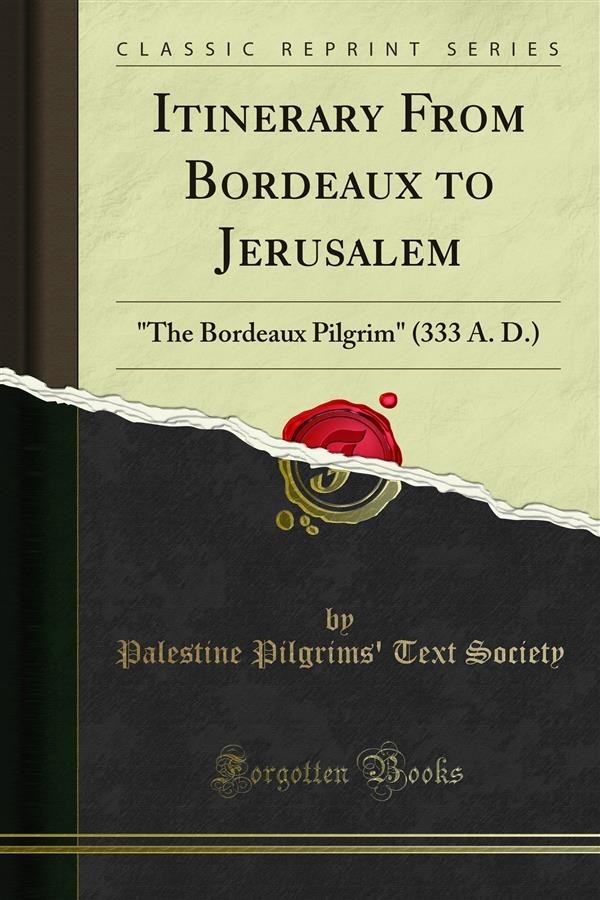 Itinerary From Bordeaux to Jerusalem

The route through Asia Minor, on which Professor Ramsay has kindly contributed a valuable memoir (app. L), coincides generally 'with the military road, which was commonly used by the Byzantine armies in marching from Constantinople to Syria.' It passed through Ismid, Angora, Kiz Hissar, and the famed Cilician Gates to Tarsus, where 'the Apostle Paul was born and was thence continued through Adana, Alexandretta, and over the Beilan Pass to Antioch. From Antioch the 'itinerary crosses the mountains to Latakieh, and thence follows the regular coast road through Tartus, Tripoli, Beirut, Tyre, and Acre, to Catsarea Palazstina. (comp. Ant. Pp. 147 150, Wess.) At the last-named place the Pilgrim notices 'the bath Of Cornelius,' which was, perhaps, a public build ing given to the city by Cornelius, who appears to have been a wealthy man; that such gifts were occasionally made may be inferred from the case of the synagogue which was built by the centurion at Capernaum.