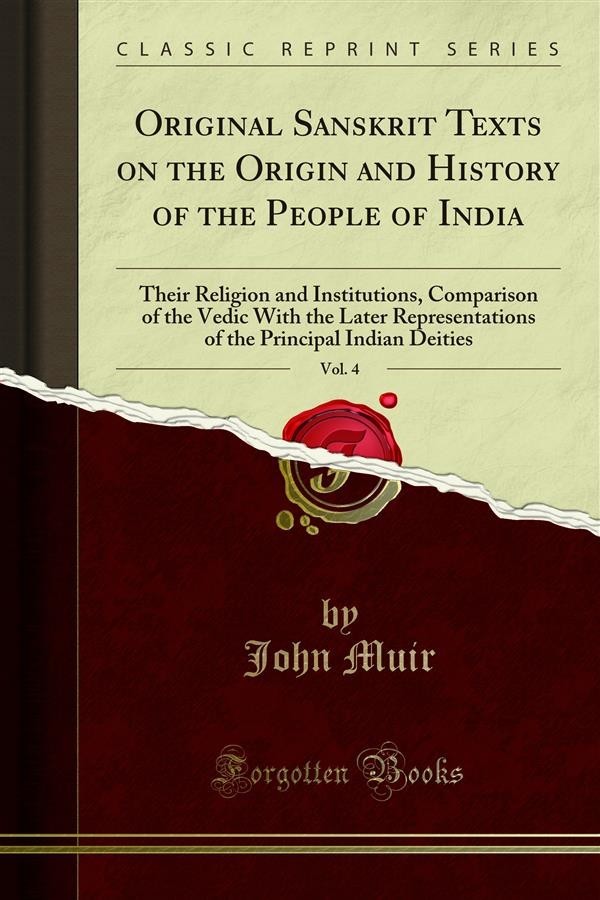 The object which I have had in View in the present Volume is to compare the representations which are given of the Indian deities Brahma, Vishnu, and Rudra, and of the goddess Ambika, in the Vedic hymns and Brahmanas, with the accounts which we' find in the legendary poems called Itihasas and Puragas, and to show, so far as the materials at our command will allow, to what extent, and by what steps in each case, the earlier conceptions were gradually modified in the later works.