Records of the Colony of New Plymouth in New England 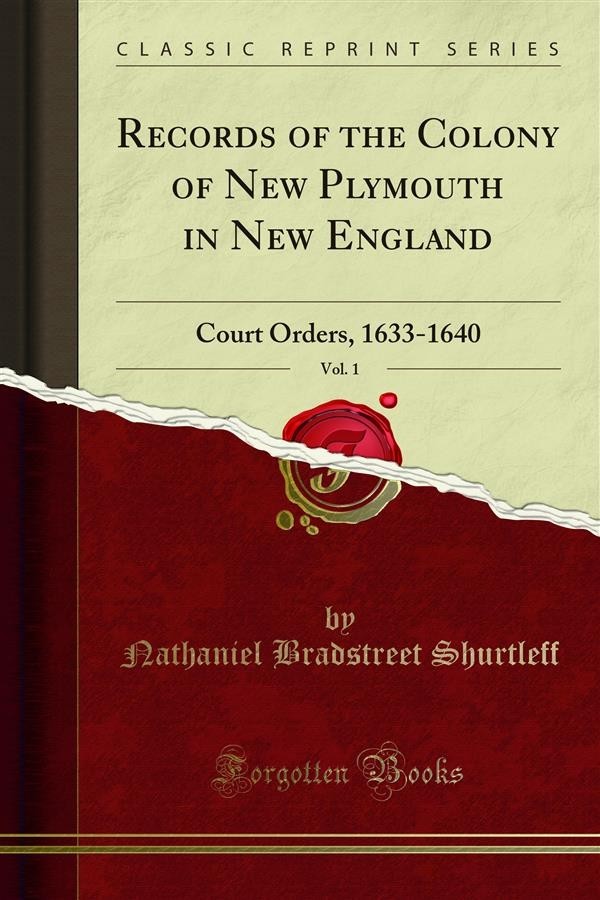 Records of the Colony of New Plymouth in New England

The volumes of Plymouth Records consist of the original minutes of proceedings at the General Court of that colony and of the Courts of Assistants, all held in the town of Plymouth. Consequently they con tain the Court Orders, grants of land, the laws, the judicial acts of the Courts, all recorded matters relating to the probate of wills and the administration of estates, deeds of land from the Indian aborigines, and the only evidences in relation to the landed property of the section of the Commonwealth included within the limits of that colony under its charter. Besides the above mentioned, there are lists of the freemen of the colony, and many of the early marriages, births, and deaths, which were returned to the colonial secretary for record by the town clerks of the several municipalities which were under its jurisdiction. There are also among these manuscript records others of great value, relating to the history of the ancient confederated colonies of New England — the original minutes and records of proceedings of the Commissioners of the United Colonies of the Massachusetts Bay, New Plymouth, Connecticut, and New Haven, in New England.