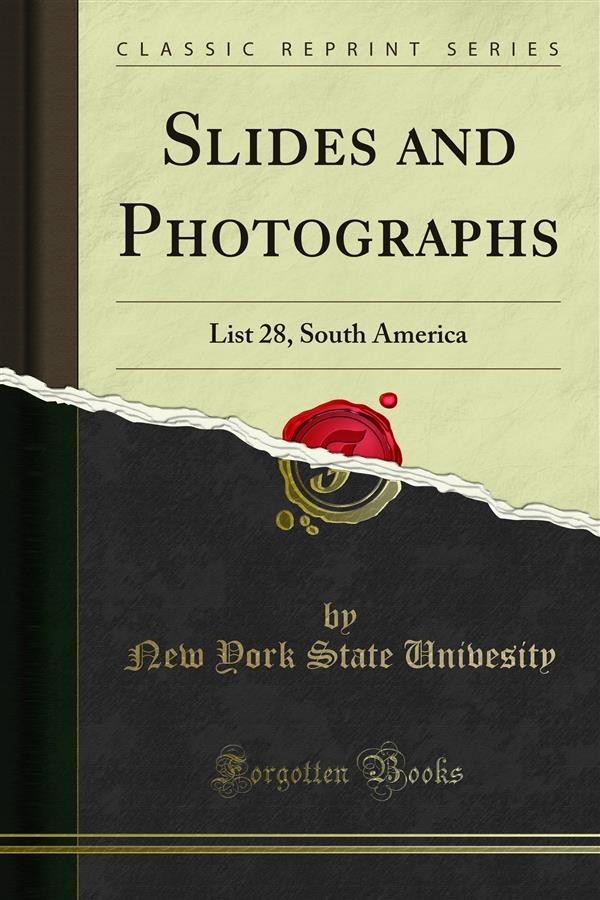 South America is relatively simple in its main physical features the Andes mountains, its three great river systems, and its vast plains. These are well represented. The Andean highlands are rich in mineral resources, while most of the extensive areas drained by the Plata, the Amazon and the Orinoco have soil and climate that adapt them to supply the world with immense stores of food. These facts can be well brought out by the pictures here offered. Many regions are still occupied largely by descendants of the native Indian races that have made little progress in civilization, but there are also great cities throbbing with' energy and commercial activity. Both elements 'of the population have a place in this collection, The Latin races predominate in South America, but England and the nations of northern Europe see their opportunities there and are not slow to take advantage of them. Recent years have seen the awakening of a marked. Interest in Latin America on the part of the people of the United States and the capital of this country is rapidly being invested there. The Opening of the Panama canal has brought the rich western side of the continent appreciably nearer to us and is bound to increase our trade and intercourse with the enterprising people of the Pacific coast. It is not strange, therefore, that many organizations as well as our schools are inquiring with great frequency for slides on South America. It is to meet this demand in a measure at least that the announcement of this list is made now rather than delayed for the sake of completeness. Doubtless' an intensive study of these pictures through close observation and a proper amount of reading can hardly fail to give the student a clearer comprehension of conditions in South American countries than a hasty and superficial examination of a much larger number. A number of the pictures were made several years ago, but these for the most part represent physical features that are practically free from changes or types. Of life that are fairly stable. Many of them were made recently by travelers and business men who have been attracted to this comparatively unknown part of the world.