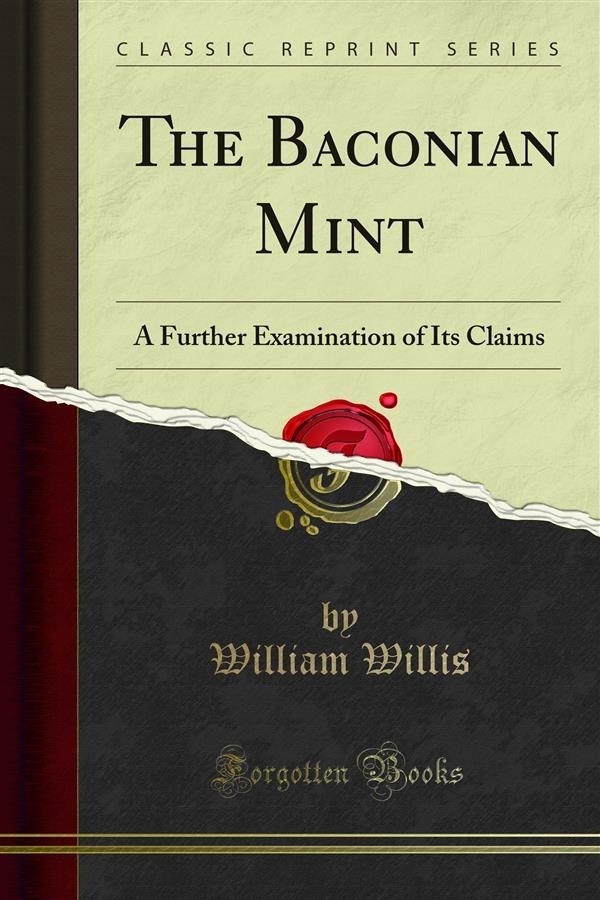 In my little book I endeavoured to show, and I think, successfully, that the author of the folio did not supply, with a few exceptions, any new words to the English language, and that as for a Baconian Mint, there is no pretence for it — there is no evidence of Lord Bacon supplying any new words. I also showed, as I think, the extreme recklessness of many of Mr. Theobald's statements. Since the publication of the Baconian Mint Examined, I have spent much of my spare time in a further examination of the prose writings in the English language, existing before or at the time of the births of Bacon and Shakespeare, and have found much to confirm my view that the English language was not supplied with any new words by either Lord Bacon, or the author of the folio. I intended to publish the results of my labours and was preparing to do so, when I was informed that Mr. Theobald had published a new preface to his volume, in which he professes to answer my examination. As I think Mr. Theobald's reply calls for a few observations, I propose to combine them with the further examination of the Baconian Mint, which I now lay before the reader. The reader should bear in mind that Lord Bacon was born in 1561: Shakespeare in 1564: and that the folio volume was published in the year 1623.