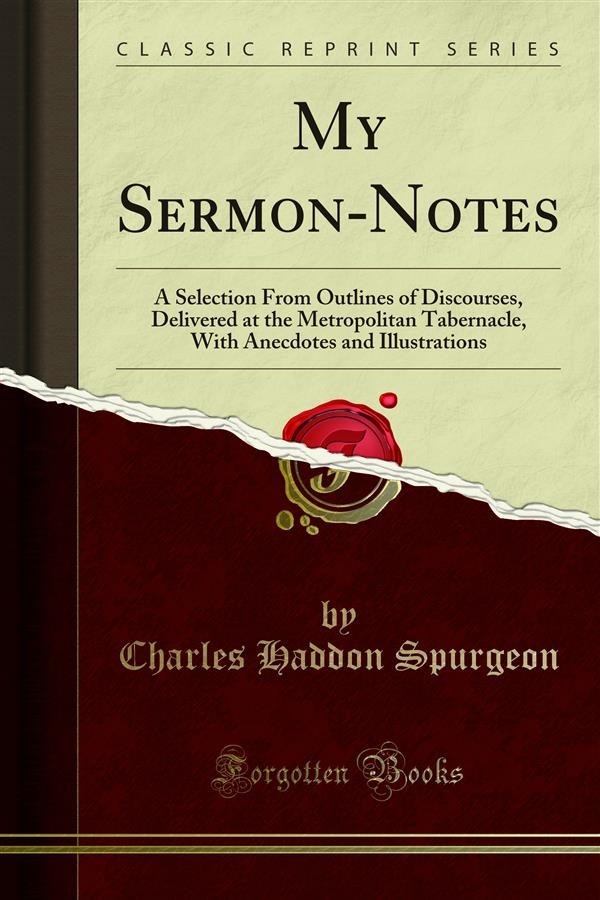 These outlines were not written to be used as they are. True, they may be filled up with choice original matter, and employed as frameworks in their present form; but more probably they will be taken to pieces and built up in another shape, or they will be cut in halves, or por tions of them will be united with other materials. I hope to lend a handful of chips and shavings, or, if you will, a bundle of firewood, to a brother, with which he may kindle a fire on his own hearth, and prepare food for his people. Possibly a lazy brother may boil his own pot with my sticks, but even that I shall not deplore so long as the food is well cooked. Should I be so unfortunate as to be a helper to the utterly idle man, by tempting him to gather no fuel of his own, I shall not even then view the matter with despair, for perhaps the idler may burn his fingers in the operation; and I shall fall back upon the consideration that he would have taken wood from some other pile if he had not met with mine. A man will do no great harm with my fagots if he will use holy fire: the truths which are contained in these Notes will injure no man if they be honestly allowed to speak for themselves.