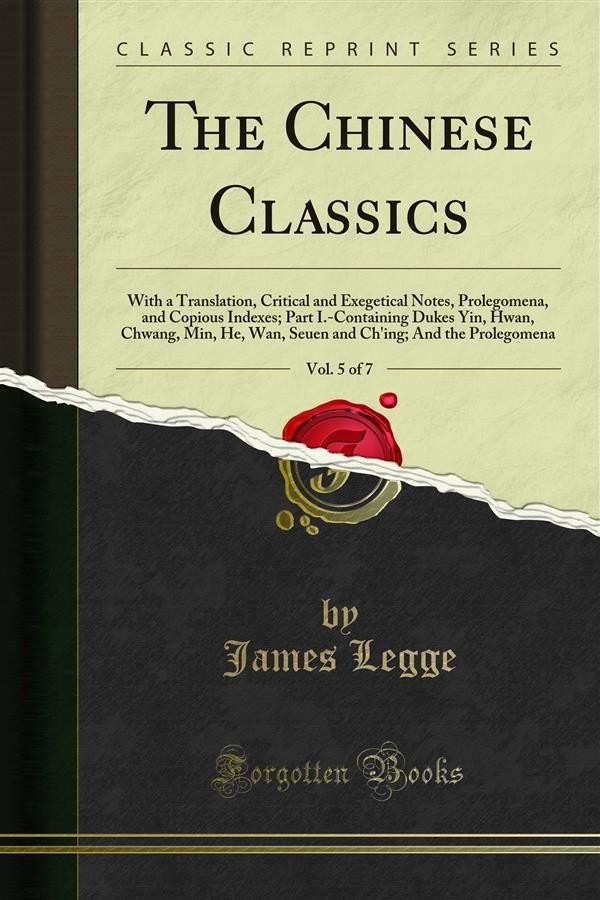 The translation of the Ch'un Ts'ew itself may be made by an ordinary Chinese scholar carraale calamo; but it is not so with the translation of the Tso Chuen. And the author had not the benefit of the labours of previous translators with either of them. In pre paring his former volumes, he did his work in the first place without reference to those who had traversed the same fields before him, but he afterwards found it occasionally of advantage to com pare his versions with those of others. This he has not been able to do in the present case. If any Sinologue be at times inclined to differ from him in the rendering of a passage of Tso, the author would ask him to suspend his judgment for a little. Prolonged study may perhaps show him that the meaning has seldom been mistaken. To have introduced notes vindicating his renderings, where the meaning was not immediately evident, would have greatly increased the size of the volume, already sufficiently large. His object has always been to translate faithfully, without resorting to paraphrase, which he considers a slovenly and unscholarly practice; yet he hopes that his versions are not in language that can be represented as uncouth, or unpleasant to read. He has received the same assistance as in the case of the fourth volume in reading most of the proofs. And his obligations to the Rev. M r. Chalmers have been even greater than before. Not only did he prepare the indexes of Subjects and Proper Names, but the author is indebted to him for the valuable maps of China in the Ch'un Ts'ew period, for the chronological table of the lunar months during it, and for various assistance on other points.