The Spiritual Songs of Martin Luther 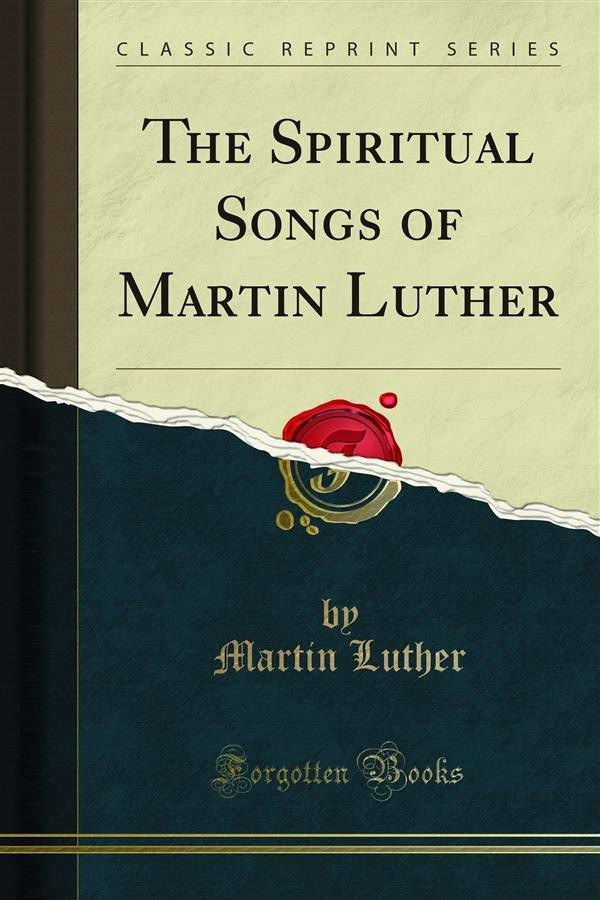 The Spiritual Songs of Martin Luther

WE would very gladly have been excused from writing a preface to this volume, seeing there are two prefaces already but as space has been left for us, we must say something that some thing must be about Luther, and more partien larly about his spiritual songs. Fortunately for us, the subject has not, by any means, been exhausted by English writers. Few, indeed, there are who have not heard of the Great Reformer's love of music and poetry, and still smaller is the number of those who are not familiar with the massive grandeur of his tunes, which so often resound through our Churches, bursting upon our ears with sounds, something like what we imagine will be those of the arch angel's trumpet, that shall awake the dead from the resting places wherein they have slept for ages. There is no name of modern times more fre quently on our lips than Luther's, and no charac ter with which we think ourselves more familiar. Yet, what is generally known of him is compara tively little. Like many other great men, he is spoken of merely for that which most distinguished him, while his other great qualities, which are often more important for the elucidation of the whole man, are not unfrequently forgotten. In like man ner as we have a popular notion of Julius Caesar as a great warrior, one who has had an inﬂuence on the history of human affairs — a name that has survived the wreck of time; while the brilliant orator — the splendid scholar — and the elegant writer are cast into the shade. The vulgar idearamsmroa's preface.