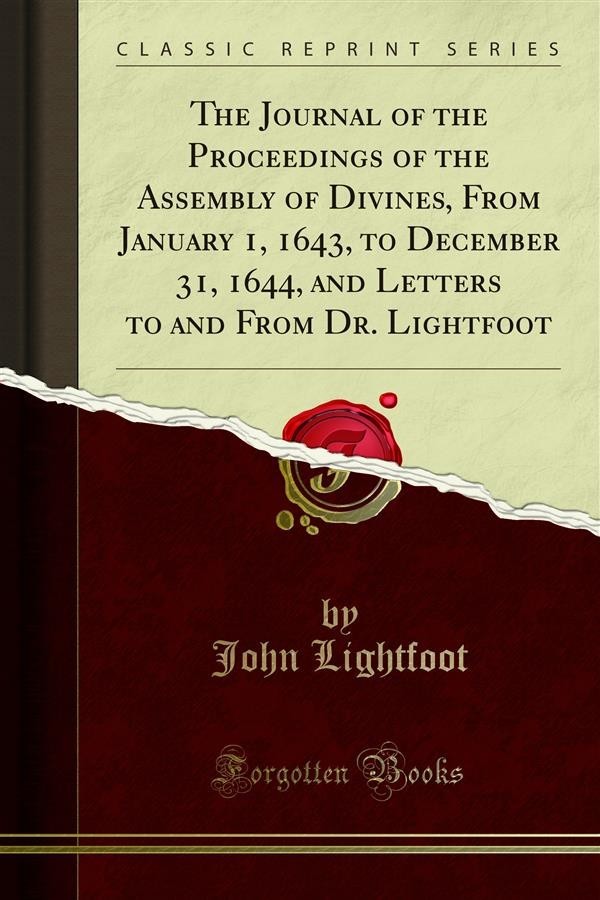 Comb; both replenished with abundance of erroneous and abominable doctrines. Saturday, Sep. -this morning we brought the answer of the Assembly, to Dr. Burgess's petition, into the House of Commons, 'where Mr. Ley made a speech, certifying it, that Mr. Price began to repent and relent his error, but not so the doctor.' Whereupon Mr. Price was presently sent for, and discharged; but the doctor sequestered and sus pended from the Assembly, till he give the two houses of the Assembly satisfaction.