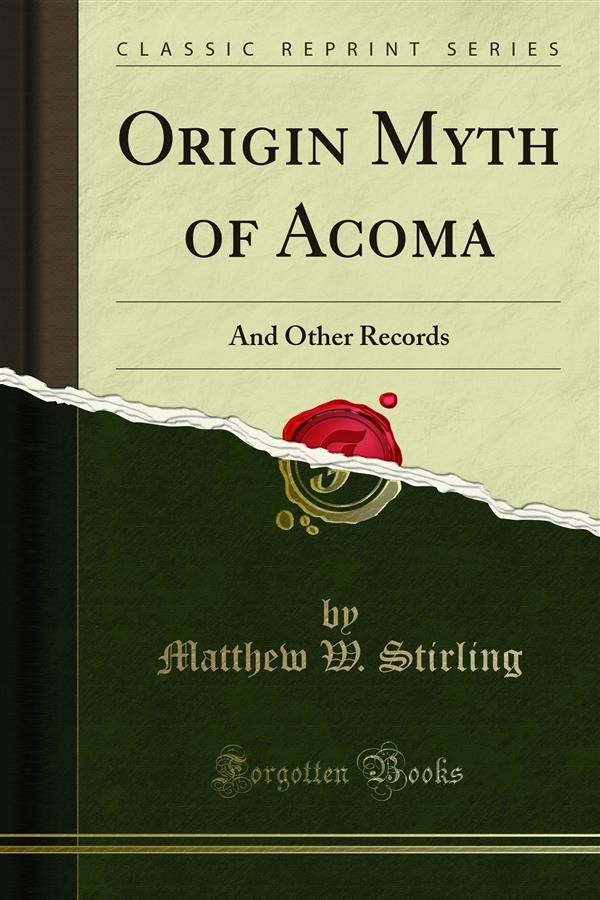 The following information was obtained in September and October of 1928 from a group of Pueblo Indians from Acoma and Santa Ana visiting Washington. The Acoma origin and migration myth is presented as it was learned by the chief informant during his initiation in youth into the Kosh ari, the group of sacred clowns to whom theoretically all religious secrets are divulged. With this myth, according to Acoma ideology, everything in the culture must harmonize. When new practices are adopted, there is an attempt to fit them into the general scheme, although in recounting the tradition, the informant was careful to differentiate between contemporary practice and what was given in the tradition. Frequently after his dictation, when I would question him to bring out concrete instances, he would say, It is not done so any more. The tradition is couched in archaic language so that in many places the younger interpreters were unable to translate and the elderly informant would have to explain in modern Acoma phraseology. This may account in part for certain obvious paraphrases of Pueblo or even of merely Indian ways of speaking. Other paraphrases may have been made for the benefit of the White man or as interpretation of Acoma religion by one who is an exceptionally good Catholic and no longer a participant in the ceremonial life of Acoma. Nevertheless, the rendition does present a coherent picture of the religion in a way not accomplished by the fragments of the Keresan origin myth heretofore recorded. The sequential and comprehensive character of this version has given fresh meaning to various concepts and rituals of Keresan religion. Dr. C. Daryll Forde, who was in Washington at the time, worked with the writer during the recording of the early part of the myth, a section of which was published by him in folk-lore, with my per mission. The complete manuscript was also utilized by Dr. Parsons in her monograph on Pueblo Religion. The illustrations were made in water colors by one of the younger Acoma men, under the direction of the chief informant.