The Works of Moliere 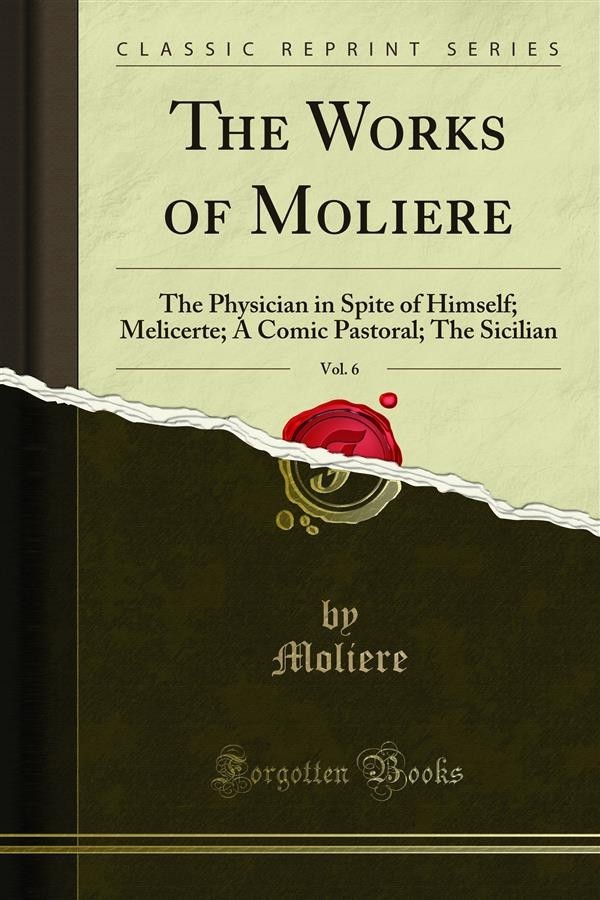 The Works of Moliere

Rabelais, in the twenty-fourth chapter of the third book of Parzfagmcl, relates that he and some of his friends acted in his youth the moral comedy of him who had espoused and married a dumb wife. The good honest man, her husband, was very earnestly urgent to have the fillet of her tongue untied, and would needs have her speak by any means. At his desire, some pains were taken on her, and partly by the industry of the physician, other part by the expertness of the surgeon, the encyliglotte which she had under her tongue being cut she spoke, and spoke again; yea, within a few hours she spoke so loud, so much, so fiercely, and so long, that her poor husband returned to the same physician for a receipt to make her hold her peace. There are, quoth the physician, many proper remedies in our art to make dumb women speak, but there are none that ever I could learn therein to make them silent. The only cure which I have found out is their husband's deafness. The wretch became within a few weeks thereafter, by virtue of some drugs, charms, or enchantments, which the physician had prescribed unto him, so deaf, that he could not have heard the thundering of nineteen hundred cannons at a salvo. His wife, perceiving that indeed he was as deaf as a door nail, and that her scolding was but in vain, sith that he heard her not, she grew stark mad. Some time after the doctor asked for his fee of the husband who answered, That truly he was deaf, and so was not able to understand what the tenor of' his demand might be. Whereupon the leech bedusted him with a little, I know not what, sort of powder; which rendered him a fool immediately, so great was the stultificating virtue of that strange kind of pulverized dose. Then did this fool of a husband, and his mad wife, join together, and falling on the doctor and the surgeon, did so. Scratch, bethwack, and hang them, that they were left half dead upon the place, so furious were the blows which they received. I never in my lifetime laughed so much, as at the acting of that buffoonery.