Reunion of the Knowles Family of the United States 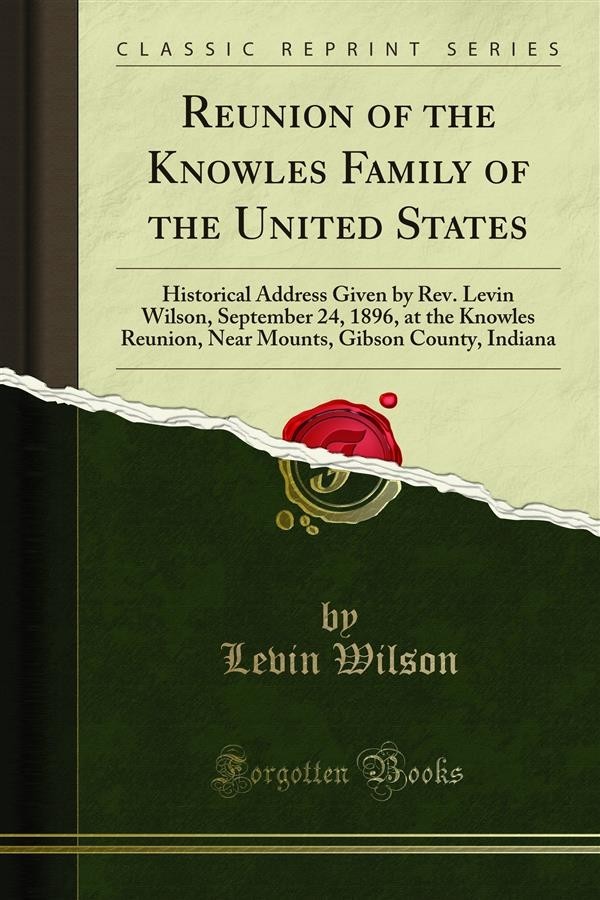 Reunion of the Knowles Family of the United States

Everything necessary for the occasion was arranged and every Knowles whose address we could ascertain had been notified. The 24th Of September came and was as beautiful a day as could be desired. By ten O'clock one thousand or more people were on the ground. Eight states were repre sented. A half hour was Spent in social chat and hand shaking, when it was presumed time to commence the pro gram that had been arranged. The audience was called to order by the chairman and the choir rendered some nice and appropriate music. Then Uncle Asa Knowles, of Kan sas, offered a fervent prayer, after which the moderator made a very touching address Of welcome and the origin and importance Of family reunions. At the close of the chairman's very able address, Rev. Levin \vilson was called who responded to the call by stepping to the front of the platform, and, in one Of his most happy and pleasing moods, delivered the following historical address.