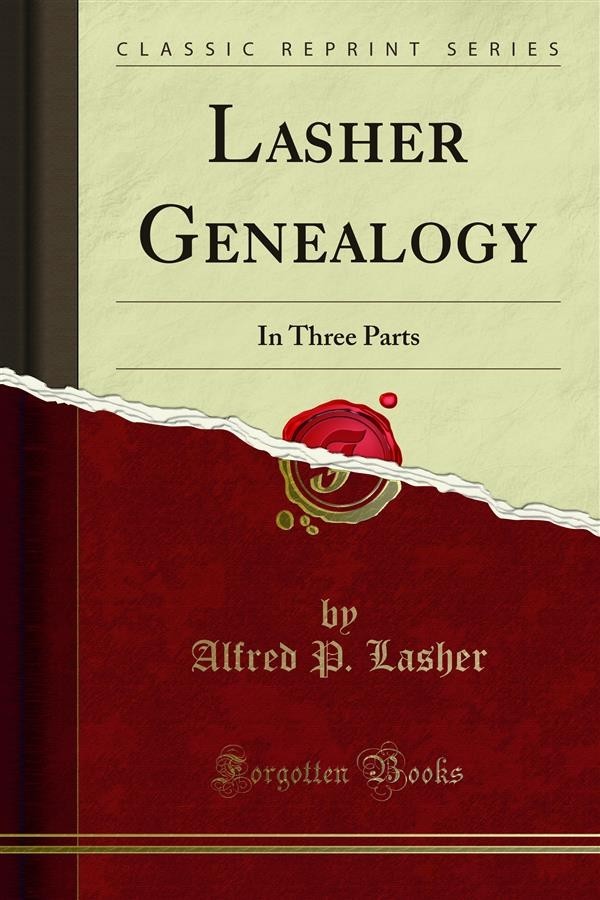 There are gaps in the work which from the lack of information are not now filled, for the descendants of these early settlers whose name is now Lasher, and other descendants Of various names, do not differ from those of other families. More modern details would have been given if more of the letters and cir culars addressed to the members of the family, soliciting information, had been answered; those who did not answer either from lack of energy or courtesy, or from neglect, or some reason known only to them selves, have apparently shown their unwillingness to interest themselves in the collection and preservation of the annals of their family.