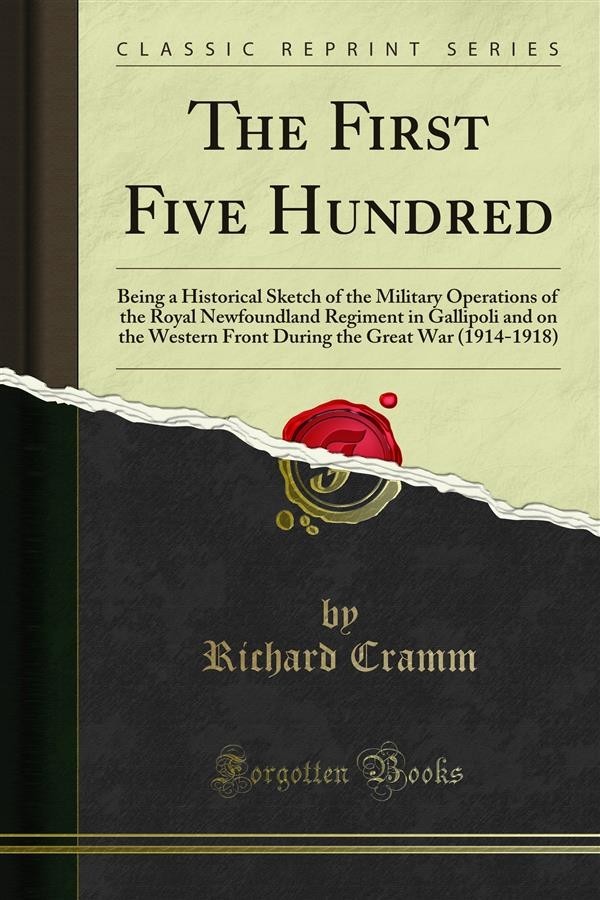 British Empire in the greatest war of history, and to illustrate its persistent gallantry and splendid achievements by reference in each chapter to con spicuous individual heroism. The second purpose is to put in compact form and within reach of the public the individual military records of the. First contingent which embarked from Saint John's on the most solemn duty that has ever been thrust upon our country. The latter purpose has been greatly facilitated by the data availa'bleat the Militia Depart ment. The task of procuring individual picture's'of the men of the first contingent, which would add meaning and individuality to each record has, however, been a most difficult one. Only slightly less difficult has been the task of getting properfinf'drmatibn regarding the various engage ments in which our Regiment took part. The work has necessitated scores of interviews, and a continual search for scraps of information wherever it could be found. This work does not profess, however, to be a detailed record of the whole of the movements and a complete descrip tion of every engagement of the Regiment. Many readers may be for tunate enough to be able to supplement some of the descriptions or move ments with interesting information already in their possession. These, however, will be comparatively few. The hope is that the information contained herein will become general, especially among the young people of our country, who, when reading of heroes and heroic accomplishments, will not forget the heroes of their own country.