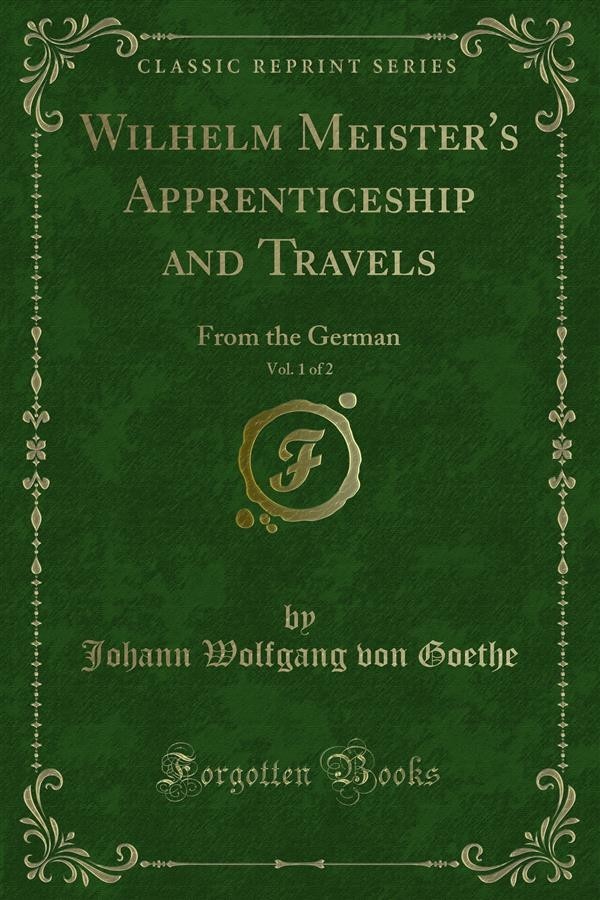 It is partly with the view of doing something to supply this want, that Wilhelm Meister's Lehrjahre is now pre sented to the English public. Written in it's author's forty fifth year, embracing hints or disquisitions on almost every leading point in life and literature, it affords us a more dis tinct view Of his matured genius, his manner of thought, and favorite subjects, than any Of his other works. Nor is it Goethe alone whom it portrays the prevailing taste of Germany is likewise indicated by it. Since the year 1795, when it first appeared at Berlin, numerous editions of Meis ter have been printed: critics of all ranks, and some Of them dissenting widely from its doctrines, have loaded it with encomiums; its songs and poems are familiar to every German ear; the people read it, and speak Of it, with an admiration approaching in many cases to enthusiasm.