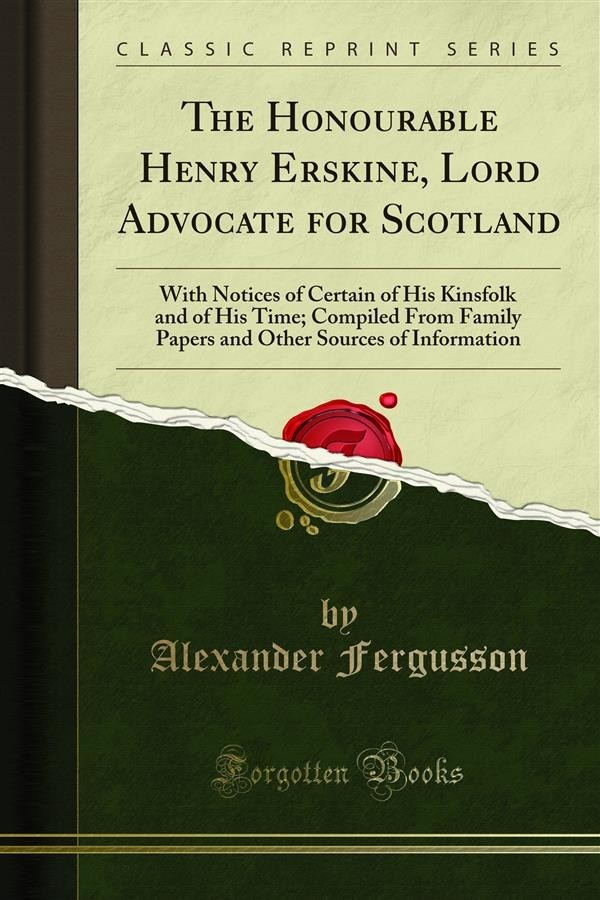 The late Lord Buchan (mr Erskine's son) never lost sight of the idea that a memoir of his father should be written, and with this view, from time to time, recorded with much care and detail facts concerning his father's life, professional career, and incidents connected with the Erskine family generally, till a very extensive collee tion of notes is the result. It is this ms. Volume that forms the chief basis of the following memoir, which has been undertaken with the view of carrying out the wish of the Dowager Countess of Buchan, Mr Erskine's daughter-in-law, especially, that the materials collected by her husband should, even at this late hour, be applied to the purpose he had at heart. Without such data it would have been very difficult to produce even such an imperfect sketch as is now presented. When it became known that it was contemplated to attempt a sketch of Henry Erskine's career and his time, other materials were freely offered, the existence of which had not been suspected; amongst these is a ms. Volume — which had belonged to the late Charles Kirk patrick Sharpe — by Sir David Erskine, Kt., who, hav ing had access to the old documents, etc., of the Erskine family, very faithfully transcribed many of them. This collection, lent by the Rev. W. K. R. Bedford, Mr Kirkpatrick Sharpe's nephew, has been made use of in the introductory part of this book.