Some Emigrants to Virginia 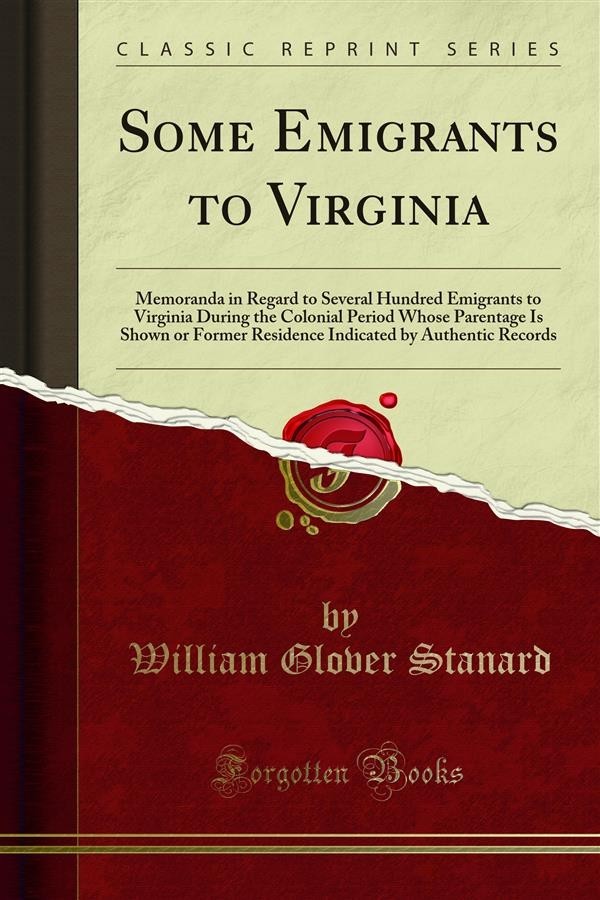 Some Emigrants to Virginia

Though of use, no doubt, for genealogical investigations, the compilation was not made for that purpose; but to give examples of the great variety of people who composed the emigrants to the Old colonies. Some of the persons, whose names are given, died without issue, others returned to England, and of still others nothing is known but the name. Yet they all lived in Virginia, and with their different characters, habits, and antecedents helped to make the colony what it was and to mould the character of the Vir ginia people.