Connecticut as a Colony and as a State, or One of the Original Thirteen 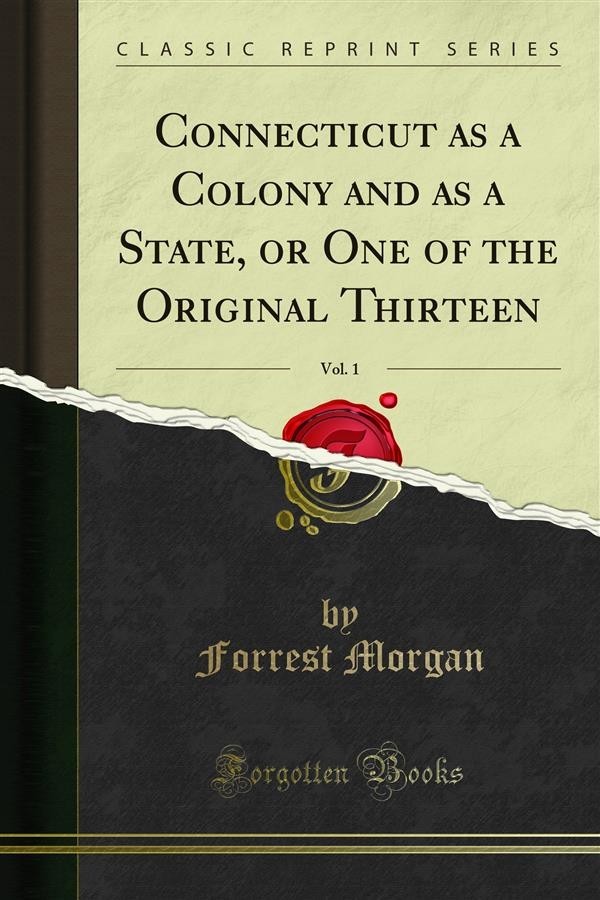 Connecticut as a Colony and as a State, or One of the Original Thirteen

The above may be thought a rhetorical extravaganza. Those will hardly take that View who recall how the men of Connecticut, under a monarch whose councillors thought democracy the one evil from which all others arise, exchanged a worthless quitclaim based on a non-existent grant for a char ter of utter democracy, with another colony thrown in for good measure; how, having beyond expectation led his mar tinet successor to drop the suit for vacating it, they balked the king's agent from canceling it, and thus, leaving the Whole business hanging in air, waited firmly intrenched till.